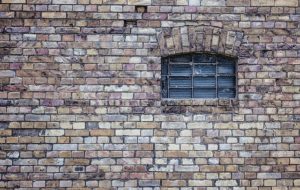 United States District Court for the Eastern District of California

A second chance granted for life outside prison walls

David Sun managed to evade the law for at least six years from 2010-2016, when he ran a commercial truck driving school and helped his students bypass written testing requirements and obtain illegal learner’s permits in exchange for cash. He also helped students obtain commercial driver’s licenses despite failing the necessary driving tests. As a result, his students drove large, commercial trucks across the country, despite never passing the required tests.

Eventually, as is usually the case, the law caught up with Sun. In September of 2019, a jury found Sun guilty of one count of conspiracy to commit unauthorized access of a computer and to commit identity fraud, eight counts of production of identity documents without lawful authority, and one count of conspiracy to produce identification documents without lawful authority. On December 19, 2019, Sun was sentenced to thirty-seven months’ imprisonment and thirty-six months’ supervised release.

Sun, who is 66 years old, has served just shy of fifteen months of his 37-month sentence at FCI Lompoc. He suffers from hypertension, type II diabetes, hyperlipidemia, has a history of smoking, and takes prescription immunosuppressant medication. In light of these health conditions, Sun filed a motion for compassionate release, arguing that he is at a high risk of contracting severe illness from COVID-19 were he to contract it while incarcerated.

Sun makes a strong case; FCC Lompoc was at one point, a site of one of the worst COVID-19 outbreaks in the prison system. A report authored by Dr. Homer Venters in September 2020 in response to an order in Torres v. Milusnic describes inadequate social distancing protocols, inadequate testing and screening of detained people, and healthcare understaffing. The reports also noted that “timely access to sick call and chronic care” is lacking at the prison, which creates a particular danger to Sun as a result of his chronic health care needs.

The government responded however, that FCC Lompoc has seen much lower infection rates since the vast outbreak that prompted the Venters report, and it reports that many people in the facility complex have now been vaccinated against COVID-19. In fact, at the time Sun filed his motion, there were zero active COVID-19 cases at FCI Lompoc. However, Sun has not yet been vaccinated, nor was the government able to provide any kind of timeline as to when he might be offered a vaccine.

In addition to his arguments about the conditions inside FCC Lompoc generally, Sun argues the BOP cannot sufficiently care for his specific health conditions. For example, he developed a severe rash in September 2020, which has not receded. He must take two insulin shots twice a day to manage his diabetes, which requires him to “stand in line to receive his medications twice a day in conditions that the Venters’ Report described as not adequately following social distancing protocols.” The government did not respond to or nor dispute these claims.

When making his case, Sun shared his plan for a second chance at life. He will live with his wife and two children in their house in Davis, California, and his wife will provide for his health insurance through her employment. Sun also has the support of his church group and family as well. As the court examined Sun’s case, it noted that his crime, while serious, was non-violent in nature, that he has no prior criminal history, and that at 66, the three-year term of supervised release Sun still faces, along with his release plan, all mitigate any danger his release might pose to the community.

Taking all of these factors into consideration, the court released Sun and gave him a second chance, reducing his sentence to time served, allowing him to return home to the care of his own health care professionals and the love and support of his family.