What is Compassionate Release?

Compassionate release is a process by which prison inmates may be granted immediate release from custody under extremely rare circumstances. This is different from parole, which may be granted to state prisoners based on their behavior while incarcerated. Rather than depending on the defendant’s behavior, compassionate release is a product of extraordinary changes in a defendant’s circumstances. These are typically medical changes or humanitarian reasons. 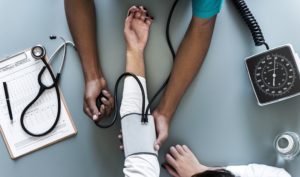 While the circumstances may vary, compassionate release from federal prisons is most commonly granted in situations where the defendant is suffering from a terminal illness and is only expected to live a short amount of time. If a prisoner has a medical, but non-terminal illness, he may also be released from custody if the prison conditions would make it extremely difficult or impossible to care for him or her properly. For example, a prisoner who has Alzheimer’s would fall into this category. Compassionate release for familial reasons, such as being the only caregiver for a minor child, is very rarely granted. Suffice it to say, compassionate release has always been extremely difficult to achieve and is only available to select groups of inmates in extraordinarily challenging and compelling circumstances.

First Step Act of 2018 is a piece of federal criminal justice reform legislation which, in part, modifies the federal compassionate release framework. It is monumental in that it is the first major piece of criminal reform legislation to be signed into law in the 10 years since the passage of the Second Chance Act. Reforms to compassionate release for prisoners are covered by Title VI, Section 603 of the First Step Act.

Prior to the passage of the First Step Act of 2018, compassionate release was governed almost exclusively by the Federal Bureau of Prisons (BOP) decision-making process.

Prior to the First Step Act of 2018, Only the BOP Could File a Motion for Compassionate Release.

Relying on the BOP to Initiate Motions for Compassionate Release Left Many Sick and Elderly Inmates Unnecessarily Incarcerated.

Inmates Denied Compassionate Release Could Only Appeal Through the Administrative Remedy Program.

When an inmate was denied compassionate release, he had to follow the procedures laid out by 28 C.F.R. § 571.63 and first submit a written appeal to the warden. Assuming that the warden also denied the prisoner’s appeal, the prisoner would have to appeal within 20 days to the applicable Regional Director. The final appeal would be to the General Counsel of the BOP. Pursuant to 18 U.S.C. § 3582(c)(1)(A), the courts have no authority to review an appeal from a decision of the Administrative Remedy Program. This means that the buck essentially stopped with the federal prison system to prevent the court from hearing an inmate’s request for compassionate release.

The Final Step for Compassionate Release Involved the Court Making a Final Decision on the BOP’s Motion.

Inmates can Bring Their Own Motions for Compassionate Release.

An inmate must still first approach the BOP to initiate a compassionate release petition, but there is no recourse for inmates whose petitions are denied by the BOP and never filed with the district court. Now, if the warden fails to act on the inmate’s petition for compassionate release within 30 days, the inmate may file directly in the district court. The inmate may also file his or her motion in court once the administrative appeals process has been exhausted.

To be clear, these changes do not necessarily pave a smooth path to compassionate release for many prisoners. Either their warden must not respond to the request for a total of 30 days or an inmate must exhaust their administrative remedies prior to filing directly in their sentencing court.

The First Step Act of 2018 Protects the Rights of Terminally Ill Inmates.

-Inmates’ Family Members Must Be Notified within Three Days of a Terminal Illness Diagnosis.

If an inmate receives a diagnosis of a “disease or condition with an end-of-life trajectory” while in federal prison, the BOP must notify the inmate’s counsel, family, and legal partner within 72 hours of diagnosis. This allows the family to arrange for visitation and the inmate’s attorney to begin preparing a compassionate release petition.

-Family Visitations Must Be Scheduled After Terminal Illness Diagnosis.

The First Step Act of 2018 provides for a visit with family members of inmates diagnosed with a terminal illness within seven days of the diagnosis. The BOP is not allowed to cite security concerns or an inmate’s poor behavior while in prison as reasons to deny a terminally ill inmate the visitation with his or her family.

-The BOP is Required to Provide an Annual Report to Congress on Petitions for Sentence Reductions.

In an effort to increase the transparency of the compassionate release process, the First Step Act of 2018 imposes a reporting requirement on the BOP. They must submit information to Congress annually on every aspect of the compassionate release process, including the number of petitions filed, how quickly the BOP processed the petitions, the number of family visit requests that the BOP denied and the reasons for denying the requests.