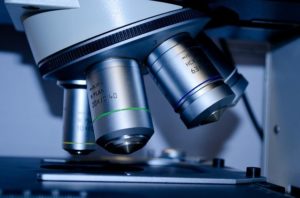 At 57 years old, Gregory A. Hill suffers from a wide variety of medical ailments all of which contribute to a great deal of anxiety for someone incarcerated during a global pandemic. Hill has many medical issues including metastatic papillary carcinoma; hypertension; major depressive disorder; esophageal reflux; chronic hepatitis C; hypermetropia; hypothyroidism; malignant neoplasm of thyroid gland; and additional vocal chord disease. There is no question that these underlying factors contribute to a greater risk of complications were he to contract Covid-19.

Citing these health factors, Hill filed for medical compassionate release in connection to a sentence for which he is to be incarcerated until December 16, 2026. On October 11, 2001, Hill was charged with conspiracy to manufacture a mixture or substance of methamphetamine in an amount of 50 grams or more, attempt to manufacture a mixture or substance of methamphetamine, and possession with intent to distribute methamphetamine. At the conclusion of a trial by jury, Hill  was found guilty of all counts, and on June 13, 2002, he was sentenced to a term of imprisonment of 360 months, followed by an 8 year period of supervised release on the first two counts and 6 years on the third count.

While the Government challenged his motion for compassionate release, citing Hill’s criminal history prior to being incarcerated, the court noted that at this point, Hill has served more than two-thirds of his sentence and is scheduled to be released in approximately five years. Additionally, Hill’s behavior while incarcerated weighs in his favor. He has demonstrated largely good behavior, availed himself of numerous educational classes and completed payment of the court-order assessment. Additionally working in his favor, is Hill’s post-release plan; he plans to live with his brother, a plan that has been approved by a probation officer.

The most compelling factor in Hill’s case is cancer of his thyroid gland and vocal chords, which will require nuclear therapy to be followed with endocrinology and oncology. The judge noted the importance that Hill receive this treatment and also asserted that this course of medical treatment would seem to substantially limit any ability for Hill to engage in further criminal conduct. Hill’s motion for compassionate release was granted, allowing him time to begin cancer treatment outside a prison setting and to reconnect with family while doing so.