Sometimes inmates think that by making multiple requests to the judge for compassionate release that they improve their chances. This isn’t the case. 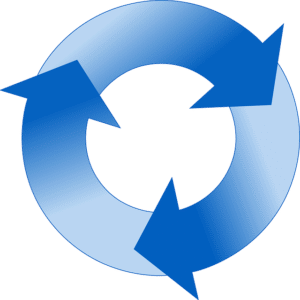 United States Court of Appeals for the Seventh Circuit

David L. Newton has been in prison since 2009, when he pleaded guilty to two counts of bank robbery, and one count of possessing and discharging a fire-arm during a bank robbery. The court sentenced Mr. Newton to a total of 220 months’ imprisonment and five years’ supervised release.

In May 2020, after serving nearly twelve years of his sentence, Newton filed a motion for compassionate release. He first argued that his asthma, combined with the Bureau of Prisons mismanage-ment of the pandemic, constituted an extraordinary and compelling reason for his release under. He added a second ground a month later: that his prolonged use of a corticosteroid to treat his asthma weakens his immune system, thereby putting him at even greater risk of COVID-19. Along with his motion, Newton provided a detailed release plan. In it, he explained that, if released, he could reside with either his grandmother and uncle at the home they share or with his father and his father’s wife at their home.

In July 2020, Newton contracted COVID-19. Three weeks later, a prison physician noted that his infection had “resolved” and that he “did not have a severe illness requiring hospitalization.” Newton still reported, however, “recurrent intermittent coughs, headaches, and asthma flare-ups for which he had to use inhalers more frequently.

The court denied Newton’s motion, claiming he did not offer “extraordinary and compelling reasons” for release. Ultimately, the judgment of the district court was vacated, and the case was remanded for further consideration given claims by Newton’s counsel that the court did not adequately consider Newton’s motion for compassionate release, and when analyzing his comorbidities for Covid-19, only viewed them in isolation vs. in sum. The case was reconsidered, with Newton’s counsel given the opportunity to make his case for compassionate release. In the end, the court disagreed with Newton’s reasons for compassionate release, especially with his claim that the BOP had mishandled the Covid-19 epidemic, as cases had drastically reduced at the facility where he was incarcerated. The judge felt that the court had acted with proper discretion and agreed with their finding that Newton did not provide extraordinary and compelling reasons for release despite his multiple requests.