Refusing Covid Vaccine proves to be stupid for one inmate. 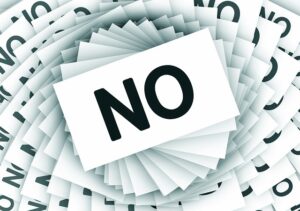 Timothy Edward Comer requested compassionate release on May 3, 2020 but never received a response. When the matter was examined, it was discovered that the lack of response was due to the fact that Comer had not presented any evidence with his request; consequently, the court was unable to conclude that he has exhausted his administrative remedies with respect to his claimed health conditions of type 2 diabetes, high cholesterol, hypertension, and “history of heart attacks.”

Further, the court noted that Comer was refusing COVID vaccine from the prison on March 11, 2021. Declining the opportunity to dramatically reduce his risk of exposure to COVID-19, Comer undermined his assertion that he is at increased risk from the virus. As one district court has put it, a defendant “cannot reasonably expect that prolonging his risk by declining vaccination will be rewarded with a sentence reduction.”

Moreover, the Court noted that there are currently no active cases among the staff or the inmates at the facility where Comer is incarcerated, which also significantly lowers his risk of exposure. Therefore, the court dismissed Comer’s motion for compassionate release.