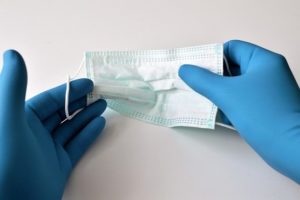 John Paul Dewey, who was serving a 224-month sentence for a federal drug offense, had a projected release date of July 11, 2024 before being granted compassionate release. FCI Lompoc, California, where Dewey was incarcerated, has had six hundred twenty-seven inmates and 22 staff members recover from Covid-19 to date, with three inmates having died.

Dewey, who had been on parole from a previous offense, was serving a sentence for making three drug sales to an undercover informant. Dewey who is now 50 years old, has served 154 months of his sentence. The court acknowledged that both the nature of the current offense, and the low risk his conduct poses to the community, made him a good candidate for compassionate release. Those reasons, coupled with the continuing threat to Dewey’s health from the global pandemic and the variants of the original SARS-CoV-2 virus, led the court to grant Dewey compassionate release.

Conditions for his release include a plan for Covid vaccination, as well as the United States Probation Office verifying Dewey’s residence and establishing a release plan with a provision for home confinement.

Posted in Recent Cases
← A Second Chance After a Harsh Sentence Another broad sweeping victory for Compassionate Release! →