Medical and Rehab lead to inmates release from Federal Prison 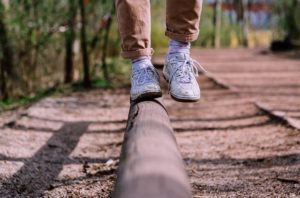 Jamar Williams, charged with conspiring to traffic at least one kilogram of heroin, at least five kilograms of cocaine and at least 280 grams of cocaine base, as well as with conspiring to rob a rival drug dealer and with discharging a firearm in connection with a narcotics offense. The court sentenced Williams to a custodial sentence of 60 months, to run consecutively for a total term of 180 months. Williams has been incarcerated since his arrest on August 27, 2010 and is scheduled to be released on August 20, 2023.

Williams filed for compassionate release based on several factors. First, he is diagnosed as obese (a BMI Index over 30) and suffers from asthma and Type-2 diabetes mellitus—all conditions that place him at an elevated risk of serious illness or death from COVID-19. Additionally, Williams’ record suggests he has taken his rehabilitation seriously. While incarcerated, Williams obtained his GED and participated in an Apprenticeship for Culinary Arts. He has also worked as a cook at FCI Fort Dix, receiving glowing praise from his supervisors. Williams also has a place once released. He has secure and stable housing with his fiancée and an offer of employment at the company of a close friend. Williams has also maintained close relationships with friends and family members who have pledged to support him through his reentry. In addition, FCI Fort Dix, the facility where Williams is incarcerated, is grappling with a severe outbreak of COVID-19. As of December 31, 2020, FCI Fort Dix has over 586 confirmed positive cases of COVID-19, more than any other Bureau of Prisons facility in the country.

The court noted that in August, Williams’s co-conspirator was granted compassionate release. The two men have similar records and were found guilty of similar conduct. At this point, Williams has served approximately 144 months of his 180-month sentence. After an examination of all contributing factors, the court granted Willams’ request for compassionate release.