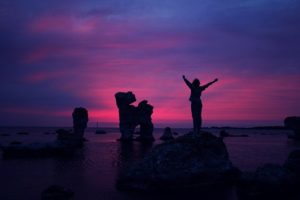 In 1988, a jury convicted Persio Torres-Nunez of narcotics and racketeering crimes, and on July 29, 1988 he was sentenced to 60 yearsʹ imprisonment and a term of supervised release of life. With credit for his good conduct, he is scheduled to be released in November, 2024. Torres-Nunez filed for compassionate release based on the increased risk of complications he faces were he to contract Covid-19, due to his BMI and serious heart conditions.

In its review of his case, the court noted that Torres-Nunezʹs offenses, while serious, were nonviolent, and his subsequent rehabilitation demonstrates that the ʺtime he has served in prison has achieved much of the original sentenceʹs retributive, deterrent, and incapacitative purpose.ʺ Second, the court commented that Torres-Nunezʹs sentence was imposed without the benefit of the Sentencing Guidelines, and under todayʹs sentencing guidelines, he surely would not have received such a harsh sentence. Furthermore, with his anticipated release in November of 2024, Torres-Nunez has served over 90% of his expected period of incarceration; and he has served double the time he would have received if the mandatory Guidelines had been applied. Finally, the court pointed out that Torres-Nunez poses no danger to the public. His substantial accomplishments in prison demonstrate his rehabilitation,and upon release, he plans to live with his son and his daughter-in-law — an active-duty police officer.

Due to a consideration of all these factors, in addition to his underlying health risks as they relate to the Covid-19 virus, the court granted Torres-Nunez’s request for compassionate release, reducing his term of supervised release to three years.