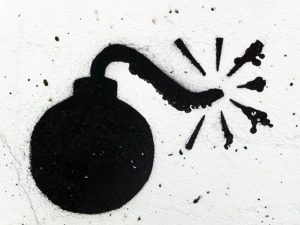 United States District Court for the District of Massachusetts

At 65 years old, Alfred Trenkler has spent 28 years in prison for convictions stemming from his role in an October 28, 1991 bombing in Roslindale, Massachusetts that killed one Boston Police Department Bomb Squad officer and maimed a second officer. Trenkler made an appeal for compassionate release, a process by which inmates can appeal for sentence reduction due to “extraordinary and compelling circumstances.”

Trenkler is not new to filing appeals in his case. He’s maintained his innocence since the crime was committed, and has filed appeals to his sentence on multiple grounds, claiming he was sentenced unfairly, he was a victim of homophobia during his trial, and that an alleged confession to a cellmate doesn’t hold weight in court.

The bombing incident was particularly complex to address in court, as the bomb went off accidentally, therefore making “intent to kill” difficult to prove. The government’s theory at trial was that Trenkler, along with his co-defendant, Thomas Shay, Jr., conspired to build and place a bomb under a vehicle belonging to Shay, Jr.’s father, Thomas Shay, Sr., with the intent to kill Shay, Sr. The bomb accidentally detonated after officers from the Boston Police Department Bomb Squad were called to the scene by Shay, Sr., resulting in a horrendous scene that took the life of one officer and severely injured another. At trial, the government introduced circumstantial evidence tying Trenkler to the bomb. This included evidence that Trenkler fashioned a remote-control explosive device in Quincy, Massachusetts in 1986 with similar features. After an eighteen-day-trial, the jury convicted Trenkler on the three counts charged.

Further complicating Trenkler’s case is that he was sentenced by the judge, rather than by the jury which was to have been responsible for sentencing. While the court found that this error was procedural in nature and did not impact the question of Trenkler’s guilt or innocence, Trenkler maintains that the result of this error was ultimately an unfair and improper sentencing.

Now, after nearly 30 years in prison, Trenkler filed his motion for compassionate release citing multiple factors, including the COVID-19 pandemic (particularly in light of his documented heart condition), the disproportionality of his sentence as compared to that of his co-conspirator, his unlawfully imposed life sentence, as well as questions surrounding his guilt.

In considering the compassionate release request, the court acknowledged that the combination of Trenkler’s age, smoking history, overweight-to-obese BMI, hypertension, and heart condition do place him at heightened risk of severe illness or death were he to contract COVID-19 before vaccination, because Trenkler has received his first shot of the Moderna vaccine, and because of the state of the virus at the prison where he is incarcerated has significantly improved, the court concluded that Trenkler’s heightened risk for severe COVID-19 did not rise to the level of extraordinary and compelling circumstances.

When it came to “intent to kill”, the court could not conclude that the jury found Trenkler intended to kill Shay, Sr., but felt it was clear that a bomb of this nature had a very high potential to kill and/or injure. The court pointed out that Trenkler has had no significant disciplinary infractions while incarcerated, and that additionally, he is statistically very unlikely to reoffend.  Ultimately, while it did not conclude that Trenkler’s request warranted a complete reduction in sentence to time served, the court did feel a sentence reduction was prudent, noting that a sentence reduction would serve to address the disparity between Trenkler’s sentence and that of Shay, Jr.

When pondering a sentence reduction, the court put Trenkler’s statistical life expectancy at approximately 83 years – or 18 more years. In light of that, the court felt that a sentence of 41 years would be one that reflects the seriousness of the offenses, promotes respect for the law, and provides just punishment for the offenses, while taking into account the history and characteristics of Trenkler. If he is to serve the additional 13 years, Trenkler will be approximately 78 years old at the time of release, and with good time credit, he will likely be in his early 70s upon release. Upon his eventual release Trenkler has a plan for housing with family in Maine, and the court noted that being released at this time will allow him to receive medical care that he will likely need at that point outside of a prison setting.