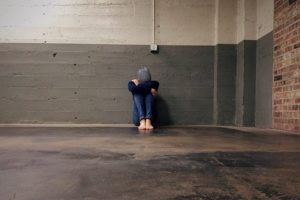 Angela Dawn Jones has faced a daunting number of challenges in her life to date. From a young age, she witnessed her parents using drugs in front of her daily, and her mother was also an alcoholic. Unsurprisingly, Jones turned to drugs herself when she was still a child. She suffered the loss of her father in a tragic accident when she was only nine years old and has also suffered the premature loss of two of her siblings. As if that wasn’t enough to handle, Jones was also physically abused as a child by her mother, and therefore ran away from home often. At the time of her arrest, Jones was homeless. She has been diagnosed with serious mental health conditions, and while she has a criminal history, it consists almost entirely of driving and drug-related offenses which is consistent with the criminal history of addicts.

Jones has been serving a sentence for conspiracy to distribute 500 grams or more of a mixture and substance containing methamphetamine. Her 2009 sentencing was the result of a plea agreement which carried with it thirty years’ imprisonment to be followed by eight years of supervised release. In July 2019, the Court reduced her term of imprisonment to twenty years, after concluding that “Defendant’s sentence was based on a subsequently reduced Guidelines range.” As a result, her scheduled release date was January 2, 2024.

Jones, who is now fifty years old has completed numerous courses while in custody, including the 500-hour Residential Drug Abuse Program (RDAP). She did so well in RDAP that she was named a mentor and peer-led several classes. She has also worked consistently and “receives outstanding performance evaluations monthly.” The BOP acknowledges that Jones “is a hard worker that needs very little supervision” and “is not seen as a management problem.” In the more than thirteen years Defendant has been incarcerated, she has never had any disciplinary violations. She has a plan for her future, which is to live with her aunt and uncle in her hometown, where she has a strong support network of immediate and extended family. She intends to get her driver’s license reinstated and has plans to be gainfully employed. She would also like to enroll in drug counseling courses so that she can help others overcome their addictions.

The court granted compassionate release based on her rehabilitation while incarcerated, and the fact that Jones was coerced into taking a thirty-year plea deal for a low-level drug crime. Additionally, the court stated that her conduct during the last thirteen years and low recidivism risk and security classification prove that she has been deterred from criminal conduct and is not a danger to the public.