Meth Dealer Gets a Big Break with Compassionate Release 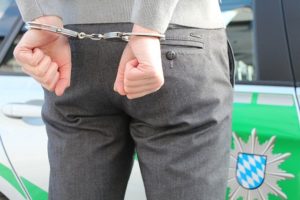 On August 21, 1996, a jury found Miguel Angel Cuevas guilty of conspiracy to distribute methamphetamine and money laundering. Because he was the leader of a group of more than five people, he possessed a firearm, and he helped two co-conspirators relocate to Mexico his sentence was increased. On November 18, 1996, he was sentenced to life in prison.

Cuevas made the request for compassionate release for several reasons. He asserts that he received a draconian sentence when sentenced to life for a non-violent drug offense; additionally he points out that changes in the law would have resulted in a different sentence today. Cuevas also notes that he was penalized for exercising his right to a jury trial and that his life sentence is far more strict than that of his co-defendants. Finally, he points out that his health conditions make him more likely to suffer if he were to contract COVID-19.

In making its decision the court noted that prison records reflect that Cuevas has not had a disciplinary infraction in over 20 years and that despite being sentenced to life in prison, he has taken numerous self improvement courses and obtained his GED. Furthermore, Cuevas was in his late 20s and early 30s when he was involved in the conspiracy. Now, he is 58 years old and has spent nearly half of his life in prison, with recidivism being unlikely. After examining all the factors, the court granted Cuevas compassionate release.