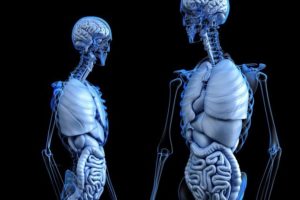 In November 2009, Phillip Singfield violated the terms of his supervised release and was sentenced to twelve months’ incarceration following his state sentence in another matter. 3 In November 2020, he was released from Ohio custody and began his twelve-month federal sentence.Singfield is also subject to three years community control for his state sentence once he is released from federal prison.

In his request for compassionate release, Singfield says that it is not possible for inmates in his facility to take precautions or properly quarantine if they have been exposed to COVID-19. Suffering from hypertension, asthma and obesity, Singfield’s medical conditions and the ongoing presence of COVID-19 at Northeast Ohio Correctional Defendant Singfield put him at greater risk for severe illness if he were to contract COVID-19.

Singfield has been incarcerated for approximately twelve years and asserts that he has been “transformed” by his time in prison. Singfield says he has matured from the young man who was originally sentenced. He has a plan to live with his mother upon release and that he has employment available to him. Singfield has been in prison for more than a decade and is set to be released within the year and will still serve three years of Ohio community control.

In light of all these factors, the court moved to reduce Singfield’s sentence to time served.