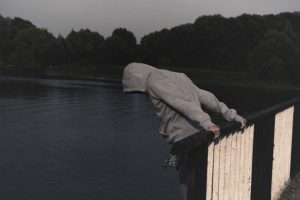 Reduction of prison term granted due to rehabilitation and excessive sentence.

From approximately 2002 to 2010, Dontai Cabrera distributed crack and twice fired a gun at rival drug dealers. He was indicted for a narcotics conspiracy and a related firearms charge. He pled guilty to both charges, with each conviction carrying a mandatory minimum sentence of 10 years’ imprisonment. The court was required to impose those sentences to run consecutively but questioned the Government’s decision to seek a guilty plea that would require the defendant to serve at least twenty years in prison. The Government insisted that this plea was necessary, and now Cabrera has asked the court to consider a sentence reduction.

While Cabrera recognizes that he engaged in serious criminal conduct, he argues that twenty years’ imprisonment is disproportionate to his offense. Cabrera’s excessive sentence is longer than the median sentence imposed for murder in the Southern District of New York and more than 50% longer than the median amount of time served for murder nationwide. Though he fired a gun at rival drug dealers on two occasions, there is no indication that he injured, let alone killed, anyone.

In consideration of Cabrera’s request, the court noted his incredibly difficult childhood and upbringing, as well as the fact that Cabrera has participated in more than 1000 hours of Bureau of Prison programming. He has been selected as a facilitator in the Alternatives to Violence

Program, sharing his perspective on alternatives to violence with other inmates. He has read hundreds of books while incarcerated, and he began working towards college credit. He has taught multiple courses on Black History, as well as Yoga. And his disciplinary history has been spotless for nearly 10 years.

Because of all these factors, the court agreed to a reduction of his excessive sentence, concluding that a sentence of 156 months is sufficient to comply with the purposes of sentencing.