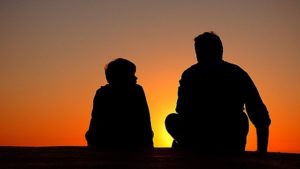 Robert Edmond, JR, who is 46 years old, asked for compassionate release based on the COVID-19 pandemic, his underlying health conditions, and the fact that his elderly mother is ill and can no longer care for his children. On February 5, 2018, Edmond pled guilty to possession of a firearm in furtherance of drug trafficking and was sentenced to a total term of 60 months’ imprisonment to be followed by five years of supervised release. His projected release date is February 28, 2022.

Edmond suffers from hypertension, which the CDC lists as a risk factor as heightening the risk of severe illness were the inmate to contract COVID-19. Additionally, he was in a house fire several years ago and has lung damage from the event. Additionally, Edmond’s mother has recently been hospitalized. She is suffering from congestive heart failure, her heart is working at 20 percent capacity, and she has high blood pressure causing blood clots and poor circulation. Because of these medical setbacks, she is no longer able to care for Edmond’s two minor children. His mother has been the primary caregiver for his two sons while he has been incarcerated. Because of her medical conditions, the children have been uprooted again and are currently living with an aunt.

Edmonds has been taking classes since his arrival in prison and has had no disciplinary incidents. He does not have a history of violent behavior and has served a large majority of his sentence. Upon release he plans to live with his mother, providing care for her as well as his children. He also has employment lined up as well as family support which will provide him needed structure and accountability. Therefore, based on all of these factors, the court granted him compassionate release.