Example of a harsh federal sentence being reduced by compassionate release. 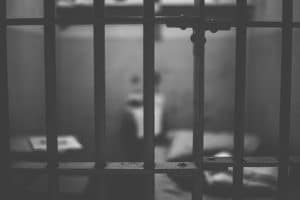 Derrick L. McCreary was in prison for his role in two armed bank robberies that took place

in January and February of 2002. McCreary recruited others; cased the banks beforehand; and provided clothes, unloaded guns, and a stolen car to those who carried out the robberies.

Nobody was seriously injured during either robbery. In 2005, a jury convicted McCreary and his co-defendant, John Freeman Hunter, on five counts: conspiracy; armed bank robbery and possessing, using, carrying or brandishing a firearm during the commission of a crime of violence. McCreary was sentenced to a total of 38.5 years imprisonment, a very harsh federal sentence. The sentencing judge stated that McCreary’s sentence was “harsh,” “really long,” and “plainly on the high side,” but that he was not free to impose a shorter sentence. McCreary, who was 30 years old at the time of the armed robberies has now served 17 years and is nearing 50 years old.

McCreary has made productive use of his time in prison. He obtained his GED and has taken many business and rehabilitation courses. Additionally, he has taken several typing classes as well as classes focused on health and wellness. In total, he has completed over 500 hours of coursework. McCreary has a job lined up for himself upon release from prison as well.

Because of McCreary’s unusually harsh federal sentence, his exemplary use of time while imprisoned, and his low risk of recidivism, the court granted him a reduction in sentence, modifying his term to 20.5 years.