Compassionate Release if the Government Took No Position 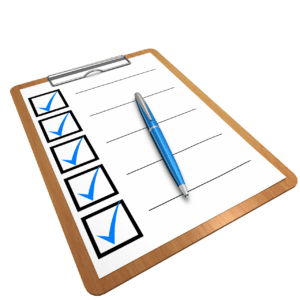 Generally, courts are more likely to grant compassionate release petitions when the government took no position. However, defendants still have to show that they meet all requirements. A federal court in Arizona recently demonstrated that one of the most helpful factors for prisoners is the lack of government opposition.

The Bureau of Prisons (BOP) must provide adequate medical care to prisoners. Prisoners’ health conditions grow increasingly complex as they age. The First Step Act of 2018 provides an avenue for defendants to seek early release upon satisfying certain conditions.

In U.S. v. Lyle Gerald Johns, the defendant faced 40 years in prison for marijuana-related convictions and three concurrent life sentences for cocaine-related convictions. After serving 23 years of his sentence, he petitioned for a sentence reduction under 18 U.S.C. § 3582(c)(1)(A) and early release under Section 603(b)(1) of the First Step Act. He was 81 years old when he filed his petition. The government took no position on his petition.

A BOP doctor testified that the defendant suffered from several age-related conditions. The defendant’s medical conditions included osteoporosis, poor balance, severe heart disease, a cerebral vascular accident, and peripheral vascular disease. Although the defendant could provide some self-care, the BOP doctor noted that age would decrease his capabilities.

Notably, the court referenced the changes in sentencing for drug crimes since Johns’ conviction. Defense counsel argued that defendants now typically receive lesser sentences for drug trafficking crimes following Johns’ conviction. The judge agreed but noted that the defendant led the drug ring and trafficked in cocaine. Even so, the court found that a reduced sentence still matched the severity of the crime.

Ultimately, the court granted the defendant’s early release petition. Also, it required a home inspection prior to his release because the most recent one occurred more than two years prior. This was a considerable victory for compassionate release in Arizona

The Aftermath of U.S. v. Johns for Compassionate Release Petitions When the Government Took No Position

The result of U.S. v. Johns contributes to helpful case law for supporting early release based on age-related medical conditions. In that case, the defendant served 23 years of a life sentence prior to petitioning. He also posed no threat to the community because of his debilitating condition.

Defendants should not pull any punches when it comes to pursuing a compassionate release petition regardless of the government’s stance. The court can still decide that it does not meet the requirements of the First Step Act.

In conclusion, this case shows that there are certain circumstances in which the government will not put up an additional obstacle for compassionate release petitioners. However, those circumstances are rare. Defendants should anticipate having to prove their case each step of the way. Never sit back just because the government took no position on your petition.

Also, the defendant in Johns arranged his residence and lined up acceptable supervised release conditions before the court granted his petition. This eliminated any potential concerns that the defendant might be a danger to the community or commit another crime on early release. To the extent possible, defendants should try to line up these arrangements in conjunction with filing a compassionate release petition.

The defendant’s successful early release petition in the Arizona compassionate release case strengthens arguments that defendants who did not commit violent crimes and are not dangerous deserve early release when facing serious medical conditions.

When you retain the lawyers of Brandon Sample PLC to seek early release, you will receive comprehensive legal guidance on all aspects of your petition. Our attention to detail and knowledge of the federal process will help you navigate the questions that come up throughout the process.

If you have a loved one who is incarcerated in federal prison, you can contact the helpful legal team at Brandon Sample PLC. We can assist you or your loved one explore possibilities for filing a petition for compassionate release. Call Brandon Sample PLC at 802-444-4357 today to discuss your case.