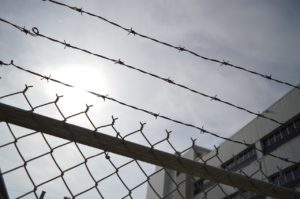 To win a motion for a compassionate release, an inmate must meet specific criteria set by the BOP. However, a new case confirms that the court does not have to agree with the prison director’s findings.

Before the First Step Act, the Bureau of Prisons (BOP) determined whether a prisoner met the criteria for compassionate release. However, this system is inherently flawed. The BOP had full control of which cases were presented to the district court. As a result, the BOP routinely denied compassionate release petitions. To make matters worse, prisoners had no way of appealing these decisions.

However, the Sentencing Commission’s policy statement on the criteria for compassionate release did not change. As such, some courts treat the guidelines as outdated because they predated the legislative changes.

Moreover, recent case law addresses one of the criteria for compassionate release in subsection D of U.S.S.G. § 1B1.13. It provides that the Director of the BOP may determine if there are “extraordinary and compelling reasons” not covered in any other criteria to warrant an early release. As discussed below, some courts now embrace their discretion to consider those factors instead of the Director of the BOP.

In U.S v. Walter Fox, the United States District Court for the District of Maine considered a compassionate release petition from a prisoner serving 10 years for bank fraud and attempted tax evasion. He requested a two-year sentence reduction. The government opposed his motion. The court found that his petition fell short of meeting the criteria for compassionate release.

Mr. Fox unsuccessfully filed his motion pro se (without an attorney). He attempted to argue that his prison sentence was an extraordinary burden on him and his family. He stated that he had been rehabilitated in prison and needed medical care for a serious eye condition. Unfortunately, the court found that none of these factors met the criteria for early release.

The court considered Mr. Fox’s arguments that other offenders received lesser sentences thanks to the recent sentence reduction guidelines. It acknowledged notable cases of reduced sentences for more severe crimes than Mr. Fox’s offenses. However, the court held that only the Sentencing Commission can impose those reductions. Also, Congress must choose to make them retroactive to apply to current prisoners.

Ultimately, the court denied Mr. Fox’s motion without prejudice. The court expressly noted that Mr. Fox can refile his petition if the Sentencing Commission updates its policy statement favorably for him. Then, the petition could meet the criteria for compassionate release.

On the other hand, the court did follow its criteria for evaluating the prisoner’s petition. Where it made helpful progress was in rejecting that the Director of the BOP’s findings on “extraordinary or compelling” reasons for early release was influential. The court determined that it would step into that role.

Prisoners should not focus on the court’s denial of the defendant’s compassionate release petition in U.S. v. Fox. Instead, the important takeaway from this case is that the court now replaces the Director of the BOP in reviewing a case for “extraordinary or compelling” reasons for early release.

The outcome of U.S. v. Fox highlights the significance of a dismissal without prejudice. The court invited the defendant to refile his petition if Congress makes a sentencing guideline reduction retroactive for his offenses. The option to refile the petition is not available for a dismissal with prejudice.

Fortunately, you do not have to take on this battle alone. The skilled criminal defense advocates at Brandon Sample PLC routinely file petitions for compassionate release. They understand the complexities of the process. In addition, our proactive attorneys stay on top of developments regarding the Sentencing Commission and retroactive reductions in sentencing guidelines. Do not miss out on an opportunity to seek compassionate release based on a change to the sentencing guidelines for your offense.

Call the knowledgeable legal team at Brandon Sample PLC for compassionate release assistance if you or a loved one are serving a federal prison sentence. Reach our office at 802-444-4357 today to set up a consultation for your case. Find out whether you have grounds to reduce your prison term through compassionate release.