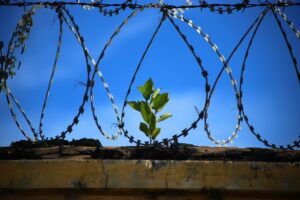 Now, courts analyze the criteria for compassionate release without the BOP. After the BOP’s denial, a prisoner can file directly with the court. As explained below, prisoners have more access to courts to improve their sentence.

First of all, courts can release defendants who are at least 70 years old and served at least 30 years in prison. However, these inmates cannot pose a risk to society.  Even more, the BOP Director must confirm that.

Alternatively, under 18 U.S.C. § 3582(c)(1)(A), a prisoner can seek early release for “extraordinary and compelling reasons”. In that case, the BOP Director does not need to sign off. Generally, courts require more than a chronic medical condition or a sick elderly relative.

Even if a court denies early release, it may still recommend accommodations instead of compassionate release. For instance, the court can recommend a prisoner transfer to be closer to a sick relative.

In U.S v. William Ingram, the United States District Court for the Southern District of Ohio ruled on a compassionate release motion. Specifically, Mr. Ingram He requested early release under 18 U.S.C. § 3582(c)(1)(A).  As such, he claimed “extraordinary and compelling reasons” for early release.

Following a child pornography conviction, Mr. Ingram violated the terms of his pretrial release.  Then, the court sentenced Mr. Ingram to 94 months in prison. He also had a 10-year suspended sentence. With less than a year of his sentence left, Mr. Ingram petitioned for compassionate release.

Mr. Ingram requested early release to care for his 93-year-old mother. She was in hospice with chronic kidney disease and multiple myeloma. Also, he stated that she had no other relatives to assist her.

Ultimately, the court rejected these reasons because they were not “extraordinary and compelling reasons.”

The Court Recommends Accommodations for the Defendant

Mr. Ingram did not secure early release. However, he obtained an improvement in his remaining prison sentence. Although the court found his mother’s medical condition an insufficient reason, it considered his desire to help his family.

Thankfully, the court recommended his transfer to a Residential Reentry Center near his mother’s residence. Without filing a petition, these accommodations instead of compassionate release might not have been considered.

At the end of the day, he will serve time at a residential facility closer to his sick mother. Thus, his compassionate release motion at least improved his remaining prison sentence.

Above all, prisoners should see compassionate release motions as a tool. The outcome of U.S. v. Ingram reminds defendants that they communicate directly with a judge about their case. If nothing else, this could mean the court improves your sentence in some other way.

In sum, this case shows that courts may recommend better accommodations instead of compassionate release. As a result, defendants should carefully prepare petitions for compassionate release. Avoid mistakes with your petition and put your best legal arguments forward with the court. You can navigate the legal process much easier with the representation of an experienced attorney.

All too often, defendants fail to file compassionate release motions because they think the odds are against them. Unfortunately, they view this opportunity as a lost cause. U.S. v. Ingram shows that this isn’t always the case. They can result in a win for the prisoner even if he is not granted early release.

The most significant hurdle for inmates to overcome is showing that they have “extraordinary and compelling reasons” for early release. Courts rarely release inmates just because an aging family member is ill.

However, inmates who are close to the end of their sentence may receive favorable accommodations instead of compassionate release. This is because courts review the prisoner’s circumstances described in a compassionate release motion. Prisoners might not otherwise get to paint this full picture for the court. In the past, the BOP decided whether the court would ever see a prisoner’s petition or if it would be denied outright.

While courts do not want to lower the bar for showing extraordinary reasons for release, they can be sensitive to the hardships that prisoners face. Accordingly, courts might be willing to accommodate prisoner requests for transfers or facility changes. Understandably, this may not be what a prisoner ultimately seeks. That said, it still means a significant improvement to the conditions of his sentence.

As you can see, petitions for compassionate release are serious opportunities to reduce your sentence. With the First step act, prisoners can now access the court when the BOP denies petitions. Overall, this aspect of the First Step Act is a major improvement to the process. It reduces the influence of the BOP over whether prisoners are granted early release.