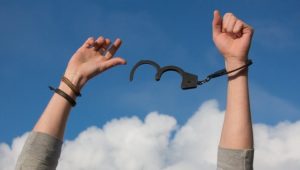 Good Conduct Early Release. Those are words only heard together in the movies… until now. Take the case of Alan Tinker:

At the age of 67, Tinker is at increased risk of hospitalization or death if he were to contract COVID-19; according to the Centers for Disease Control 8 out of 10 deaths from COVID-19 reported in the United States have been in adults 65 years and older.

Tinker lives with multiple health conditions, including: chronic obstructive pulmonary disease;  a bundle branch block on the left side of his heart; Stage 3 Hepatitis C; a 70-millimeter lesion on his liver;  a torn rotator cuff; swelling in his legs below the knee, causing numbness and allowing him to stand for only 15 minutes; hypertension; hypothyroidism; arthritis; and depression. In addition, a medical report following a January 13, 2020 MRI examination indicates that the MRI findings are “suggestive of small vessel disease.” The court acknowledges that being over 60 years old with COPD qualifies as “extraordinary and compelling reasons” for compassionate release.

On the one hand, Tinker’s criminal history is serious and demonstrates that he’s struggled with a  longstanding drug addiction, something which Tinker acknowledges to be true. However he has remained sober for the last ten years, a fact that is not disputed by the government. Additionally, the government noted his good conduct in federal prison for nearly a decade.

Tinker will be released into the custody of the United States Immigration and Customs Enforcement (“ICE”) but will not be deported, due to his pending application for certificate of citizenship with US Customs and Immigration Services. Compassionate release was granted with release occurring as soon as Tinker completes quarantine.