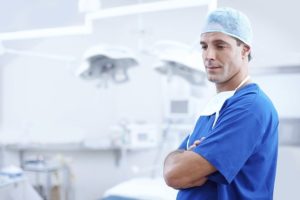 Good news for Luis Nieves-Feliciano, who filed a motion for a reduction in his sentence, requesting that he be able to serve the remainder of his 46-months on home confinement in light of the COVID-19 pandemic, his medical conditions, and the inadequate medical care he has received in Bureau of Prisons (BOP) custody. Nieves-Feliciano was imprisoned for possession with intent to distribute cocaine and unlawful possession of a firearm by a felon. He has served 60 percent of his expected incarceration, and was scheduled for release to home confinement on August 19, 2022.

Nieves-Feliciano argued that his medical conditions, including obesity, an unspecified circulatory system disorder, and elevated liver enzyme levels, coupled with the inadequate care he has been receiving in BOP custody, create extraordinary and compelling circumstances that justify his release. Imprisoned for two nonviolent offenses,  he has maintained an unblemished disciplinary record during this incarceration. Additionally, Nieves-Feliciano testified that as a result of restrictions designed to protect inmates and staff from COVID- 19, he had been forced to spend 23 hours a day alone in his prison cell. The Government did not dispute this characterization.

The court agreed that Nieves-Feliciano’s medical conditions place him at risk of severe illness from COVID-19, and noted his unresolved and untreated medical complaints in their decision to grant him compassionate release. Additionally, they pointed to his clear disciplinary record in prison and his having served over 60 percent of his sentence, and the fact that onced released, he would have control over his medical care, including treatment for anxiety. Nieves-Feliciano was released to live with his wife, and will serve the first six months in home incarceration, followed by six months of home detention with electronic location monitoring.