Diabetes alone may not seem like it warrants compassionate release from prison, but you’d be surprised. Below we examine a recent case that was granted for a man who argued his diabetic condition required him to be released early from prison.

On November 15, 2011, Mr. James Scampitilla was sentenced to 151 months of imprisonment, and three (3) years of supervised release, after pleading guilty to one count of Unarmed Bank Robbery. With a release date of August 28th, 2020, he filed for compassionate release. 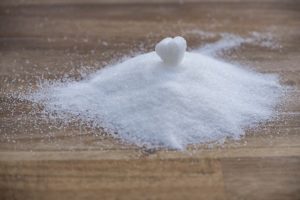 Judge Dan A. Polster granted immediate compassionate release for James J. Scampitilla. Because Scampitilla suffers from Type 2 diabetes mellitus, obesity, and hypertension, he is at increased risk of severe complications and/or death if he were to contract Covid-19, as confirmed by the Centers for Disease Control. Scampitilla had been recently transferred from one facility to another, and was awaiting placement in yet another prison. The court acknowledged the presence of Covid-19 in the facility to which he had been transferred.

The court noted that Scampitilla has made strides in prison, including completing several certificate programs, and has family willing to take him in upon release. Additionally, he has less than a year left on his prison sentence. Therefore, upon consideration of all factors (including his diabetes), the decision was made to grant him compassionate release.

The time Scampitilla has served is sufficient punishment, particularly considering the likelihood of severe medical
complications or death should he contract COVID-19. The Court sincerely hopes Scampitilla will go forth and live a lawabiding life.
The Court hereby reduces Scampitilla’s sentence to time served, plus up to 10 days in the discretion of BOP to quarantine
Scampitilla prior to release. Scampitilla’s term of supervised release remains at three (3) years, subject to the terms imposed at
sentencing.