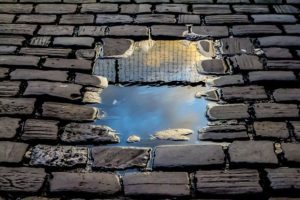 On March 30, 1993, after a jury convicted Walter Williams of four drug distribution related offenses, he was sentenced to a total of 600 months imprisonment and five years of supervised release. His release date was to be April of 2037. Williams, who is currently 56 years old, filed a motion for compassionate release, after two earlier failed compassionate release request attempts made to his warden.

Williams suffers from HIV, which elevates his risk of severe illness or death during the global COVID-19 pandemic. Williams was imprisoned in Kentucky, where according to the CDC website, there have been 10,959 confirmed prisoner cases and 62 deaths of prisoners in the state’s twenty-two correctional institutions. The court recognized that due to his status as HIV positive, he was at risk of a severe outcome if he were to contract COVID-19. Because the Court was satisfied with the seriousness of Williams’ health situation, and determined that the time he already served was a sufficient sentence, the Court granted his request for compassionate release.

Upon his release, Williams immediately began a five-year term of supervised release, and will be encouraged to take part in rehabilitative programs available to him.