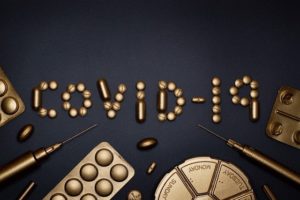 On November 27, 2017, Richard Hodge, Jr. was arrested in connection with charges related to conspiracy to distribute between 200 and 350 grams of a mixture or substance containing methamphetamine. He was sentenced to 98 months incarceration followed by a four-year term of supervised release and sent to Butner Medium II Federal Correctional Institute.

Mr. Hodge suffers from end-stage liver and kidney disease that resulted in a double liver-kidney transplant in October 2013. Mr. Hodge recently contracted COVID and suffered significant symptoms including his lungs feeling as if they were “on fire” and vomiting and diarrhea for 9 days. He argued that the medical personnel at FCI Butner failed to adequately treat and monitor him, failed to provide care and record his symptoms and oxygen levels, and failed to ensure his other medical conditions were properly treated while he battled COVID.  Indeed, after Mr. Hodge’s diagnosis, his medical provider at FCI Butner noted in his chart, “Due to the sheer volume of inmates positive with covid-19, daily vital signs and covid screenings are no longer recommended.” He argued that his health conditions place him at heightened risk for serious complications or death from COVID-19 should he become reinfected with the virus due to his already-compromised immune system.

The court agreed with Mr. Hodge and ordered him released on March 29th, 2021. Regarding FCI Butner’s response to COVID the court observed:

Turning to FCI Butner’s response to the COVID-19 pandemic, it is clear the facility has struggled to contain the virus. Certainly it is understandable that the dangers of coronavirus are exacerbated by the prison environment, even when significant measures are undertaken to prevent its spread. FCI Butner, where Mr. Hodge is housed, has been hit hard by COVID. FCI Butner Medium II has 435 inmates who have previously been infected with the virus and 3 deaths

This along with Mr. Hodge’s acceptance of responsibility for his crimes has lead to his compassionate release.