In United States vs. Donald Cupp, compassionate release was granted yesterday. The court considered the medical condition of the defendant, his age, his family circumstances, and whether there existed in the defendant’s case an extraordinary or compelling reason for his release. 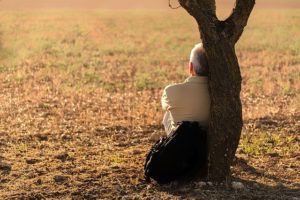 Cupp was dealing meth and got caught during a traffic stop on January 5th, 2015 which he later challenged in court. On that day, officers searched Donald’s vehicle and found five bags of methamphetamine (total weight 134.2 grams), scales, a drug ledger, and other drug paraphernalia. Upon executing a search warrant on his residence, officers found a small amount of methamphetamine, baggies, synthetic marijuana, a lock picking kit, and ammunition. In addition, officers found a pry bar, bolt cutters, and other tools consistent with burglary in
Defendant’s vehicle.

When interviewed on January 6th, 2015, Cupp became the author of his own demise. He admitted to engaging in progressively
larger methamphetamine transactions while ordering the drug every twenty to thirty days from his supplier. Defendant further
admitted that, in his most recent purchase, he received nine pounds of methamphetamine, for which he paid $80,000.00. It
would be this amount, coupled with the methamphetamine from the initial traffic stop and a small amount from a later arrest, that would form the basis for his base offense level of 36. This produced a guideline range of 240 to 293 months.

The Government recommended, and the Court accepted, a reduced sentence of 151 months’ imprisonment. The Court also imposed a term of supervised release of six months thereafter. Today Donald Cupp is housed at FCI Englewood in Littleton, Colorado, with an anticipated release date of October 23, 2024.

Yesterday, the court ordered Cupp’s release on compassionate release grounds due to complications from Parkinson’s disease. The court observed:

While Parkinson’s disease itself if not fatal, it is marked by the progression of symptoms, including loss of balance,
dementia, and difficulty swallowing that can be fatal. Defendant’s medical records show that his condition has progressed
to Stage 3. This stage “marks a major turning point in the progression of the disease.” Individuals at this stage are more likely
to experience loss of balance and decreased reflexes, resulting in more common fall events. Moreover, Parkinson’s
“significantly affects daily tasks at this stage.”

All these complications are demonstrated in Defendant’s medical records. Defendant has developed markedly worse tremors,
his fine motor skills have deteriorated, and, by early 2019, he reported multiple falls. He was moved to “no duty,” or removed
from his job assignment, on August 23, 2019. He has seen consistent increases in his medications intended to treat his
Parkinson’s disease. He must use a cane to ambulate. At this point, then, his ability to provide self-care has “substantially
diminished.”

His previously imposed sentence of imprisonment of 151 months was reduced to time served. Cupp shall be placed on supervised release for a term of three years.