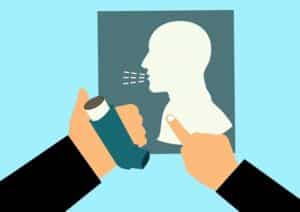 Eric Leighton Scully, who was serving a 78-month sentence with a projected release date of December 31, 2023, was granted compassionate release by the court. Scully had been serving his prison term in FCI Lompoc, which at one point had the highest rate of COVID-19 infection of any Bureau of Prison facility in the United States. At just 36 years old, Scully is a cancer survivor and suffers from non-allergic asthma.

In 2016, Sully was convicted of money laundering relating to his distribution of marijuana between 2012 to 2014. While on supervised release in 2017, another illegal marijuana grow he’d orchestrated caught fire, because of the BHO extraction process (distilling marijuana into butane honey oil). Scully was the only individual injured in the fire. Even though he committed his current offense while on supervised release, the court agreed that the offenses, while serious, were marked by several characteristics that favored a sentence reduction.

The court noted that Scully had a remarkable and sincere attitude adjustment since his original appearance in court and stated that he is no longer a danger to the community. His release plan includes a five-year term of supervised release,which will include home confinement for the remainder of his original sentence, along with the conditions set forth in the original judgment. And as part of his supervised release, Mr. Scully will be permitted to reside at a reentry center for up to 120 days.