Getting Compassionate Release is easier than you may think. 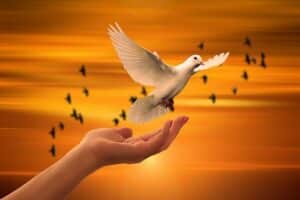 McArthur Jean pled guilty to one count of conspiracy to commit securities fraud and on July 26, 2019, he was sentenced to a term of 48 months’ incarceration and 3 years’ supervised release. Jean is 38 years old and has served approximately one and a half years of his sentence, with an expected release date of April 1, 2023.

Jean tried getting compassionate release, requesting to serve the remainder of his sentence on the condition of home confinement with his parents at their home in Florida. In his request, Jean cited the fact that he has not committed any disciplinary infractions while incarcerated, that he has a “minimum score” on the Prisoner Assessment Tool Targeting Estimated Risk and Needs, that he was convicted of a nonviolent crime, and that COVID-19, something that has been prevalent where he is incarcerated, disproportionately affects Black men and women. Jean suffers from a painful skin condition that weakens his immune system.

Due to his stellar disciplinary record, his lack of danger to the community, and Jean’s unique health risks connected to Covid-19, the court granted his request for compassionate release. This shows that getting compassionate release is easier today than you may think.