Medical neglect leads to the compassionate release of a federal inmate. 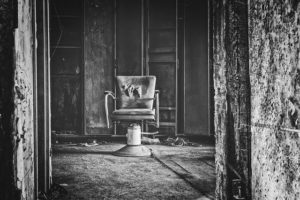 United States District Court for the Northern District of California

Ongoing respiratory issues and medical neglect lead to compassionate release Keith Ramon Mayfield made a request for compassionate release due health complications. Mayfield suffers from a shoulder injury, for which he needs an MRI. He is awaiting authorization for the test, and explains that this medical condition substantially diminishes his ability to provide self-care while incarcerated.

Additionally, Mayfield was also diagnosed with COVID-19 on March 1, 2021, but he claims that these symptoms were instead related to a yet undiagnosed respiratory illness that could be explained by the MRI of his chest. .He explains that he has “regularly and consistently complained to prison officials that he is still experiencing chest pains and breathing problems” but has had no resolution to his symptoms.

The court, given Mayfield’s ongoing symptoms of chest pains and shortness of breath, combined with the apparent lack of action in taking steps to diagnose the source of his symptoms, and further combined with the fact that Mayfield has already contracted COVID-19 (medical neglect), decided that these were compelling reasons to warrant compassionate release.