Can you get a compassionate release after going to trial? 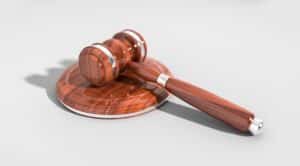 Court grants sentence reduction for inmate that went to trial

Leslie Dominic Musgrove was sentenced to 360 months of imprisonment upon his conviction by a jury of conspiracy to distribute cocaine and methamphetamine and aiding in the possession of methamphetamine with the intent to distribute. In 2015, Mr. Musgrove’s sentence was reduced to 292 months. Musgrove, who is 43 years old, suffers from heart disease specifically mitral valve prolapse/mitral valve regurgitation, atrial fibrillation/arrhythmia, a first-degree atrioventricular block, and hypertension.

Musgrove, in his request for sentence reduction, noted that he has not had an infraction in prison since 2017. The court also noted that while he initially received a sentence of 360 months, the most that any of his co-conspirators received was 70 months. This disparity was in part due to the fact that Musgrove went to trial, and received an increase for his role in the offense and for obstruction. The court also noted that his offense did not involve firearms. His last discipline in prison was November of 2017, and the court does not consider him to be a management concern at this time.

In consideration of all factors, the court this Court decided to reduce Musgrove’s sentence from 292 months to 188 months.