Bernandino Gawala Bolatete is 72-years-old and is serving a 60-month prison sentence for one count of receiving or possessing an unregistered firearm silencer. He is scheduled to be released from prison fewer than 11 months from now, on March 5, 2022. Bolatete seeks early release under the compassionate release statute, because of the Covid-19 pandemic, his advanced age, and because he suffers from various health problems. Among Bolatete’s underlying conditions are vascular dementia, chronic kidney disease, chronic obstructive pulmonary disease (COPD), type 2 diabetes, coronary artery disease (CAD), and hypertension. Bolatete contracted and recovered from Covid-19 in May 2020, and he has since received both doses of the Moderna Covid-19 vaccine. However, he suffered a stroke in late September 2020, and as a result, he suffers from memory loss and impaired cognition.

Bolatete’s impairments as a result of the stroke interfere with his ability to provide self-care in the prison environment. He requires assistance with things such as bathing and showering. Furthermore, the court recognizes that he is of little to no danger to the community at large and that, in light of his advanced age, declining physical health, and diminished mental status, it is unlikely he has the physical and mental wherewithal to carry out a crime of violence. In addition, Bolatete has served a significant majority of his 60-month prison sentence. 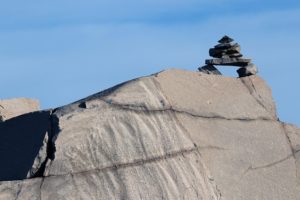 Finally, the Court stated that releasing Bolatete from prison so that he may return to the Philippines to be cared for by family members, satisfies the need “to provide the defendant with needed … medical care … in the most effective manner.” Bolatete has a supportive family and an adequate plan following his release from prison. The Court is also satisfied that immigrant Bolatete can be adequately cared for and supervised during the period between his release from prison and his departure to the Philippines. With all of that in mind, the court granted his request of compassionate release.