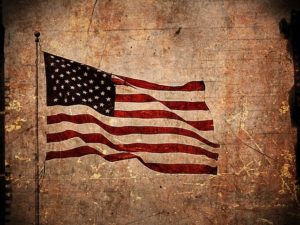 United States District Court for the Eastern District of Pennsylvania

On March 18, 2008, the Court sentenced Syeed Briggs to 32 years imprisonment on two armed robbery counts, and one day of imprisonment to a charge of conspiracy to commit bank robbery. The laws in place at that time led for the sentences against Briggs to be “stacked”, resulting in lengthy prison stays. At the time of sentencing, the court expressed openly that the sentence imposed was unduly harsh.

Briggs requested compassionate release due to the excessive nature of his harsh sentence. In its consideration of the case, the court concluded that Briggs does not pose a danger to the community. During his incarceration, Briggs has completed over 200 hours of education on various topics, including 69 hours of Release Preparation Programs, which are designed to prepare inmates for reentry into society. He also worked as a laundry presser for seven years during his incarceration and held a position in food service for three years.

He has maintained strong ties with his family members, including his four children, and is eager to develop a greater presence in their lives. His mother and step-father will provide him a home upon his release and his step-father has offered him a position in his landscaping business. Briggs was relatively young at the time of the offenses of conviction—26 years old. He is presently 40 years old. The Court recognizes that young offenders who dedicate themselves to self-improvement while in prison have the potential to become fully rehabilitated upon release, significantly diminishing their likelihood of recidivating.

In the end, the Court concluded that Briggs has sufficiently demonstrated an understanding of the serious nature of his crimes, remorse for his actions, and a commitment to doing better. The court stated that the severity of Briggs’s harsh sentence, combined with Briggs’s marked rehabilitation and good behavior in prison, provides an extraordinary and compelling reason to grant his request for compassionate release.