Terminal Illness cause for compassionate release 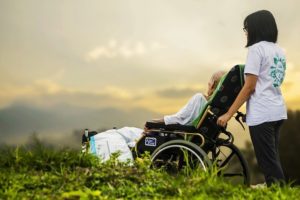 On February 22, 2019, Demond Steele was sentenced to 60 months of imprisonment, and four years of supervised release after pleading guilty to one count of Conspiracy to Possess with Intent to Distribute and to Distribute Heroin. Steele’s release date is July 29, 2022.1 He suffers from end-stage renal Disease (among other conditions), and asked the court for compassionate release because his health conditions have life-threatening consequences if he were to contract COVID-19.

Steele, who is 49 years old, explained that he has a history of negative reactions from vaccines, noting that after taking the flu vaccine prior to his incarceration, he was hospitalized for several months due to his negative reaction. Springfield, where Steele is incarcerated has the highest inmate death total in the Bureau of Prisons. On April 7, 2021, Springfield issued a notice stating that two inmates had died after testing positive for COVID-19.

Steele who was set to be released regardless in no more than approximately 15 months, has made strides in prison, including participating in several programs, and has family willing to take him in upon release. The court feels he does not pose a danger to the safety of any person or the community. Further, Steele’s RDAP Counselor has penned a letter stating the progress he has made in the drug program. With all the extenuating factors in mind (including his terminal illness), the court granted his request for compassionate release.