Stacked sentences lead to a sentence reduction for a federal inmate.
April 22, 2021 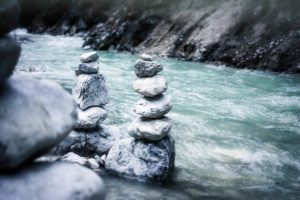 Mark Wayne Woods is serving a sentence of 135 months’ imprisonment for conspiracy to possess with intent to distribute 50 grams of methamphetamine and a total of 960 consecutive months’ (80 years’) imprisonment for four counts of possession of a firearm in furtherance of drug trafficking, Woods has served 215 months (about 18 years)—roughly 20% of his sentence—and has a projected release date of March 12, 2081.

Woods filed for compassionate release, citing several factors. First, he suffers from asthma, which he treats with an inhaler, and he also suffers from high blood pressure, or hypertension, which he treats with prescription blood pressure medication taken daily. Woods also argues that the 80-year consecutive sentence he is serving on four “stacked” counts constitutes an “extraordinary and compelling” reason warranting relief. There is a 60-year difference between Woods’s sentence and the sentence that “Congress now believes to be an appropriate penalty for [such] conduct”. The court did agree that Woods’s 80-year consecutive sentence on four counts is an “extraordinary and compelling” reason warranting a sentence reduction.

At this point in time, Woods has already been incarcerated for 215 months, or 57% of his sentence. After a thorough consideration, the court felt that a sentence of 300 months’ incarceration is sufficient but not greater than necessary to reflect the seriousness of Woods’s offenses, to promote respect for the law, to provide just punishment for Woods’s offenses, to deter criminal conduct, and to adequately protect the public.