Can a Bank Robber Get Compassionate Release? 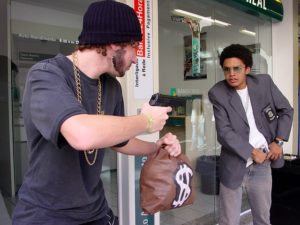 Sentence reduced in order to comply with judge’s order

Tony Ervin Lopez filed a motion for sentence reduction of 12 months, based on the fact that he had been sentenced by a judge to a 211-month federal sentence that was to run concurrently with a previously imposed 12-month Virginia state sentence, for a total sentence of 211 months. However the Virginia Department of Corrections refused to honor the judge’s order and insisted that Lopez’s 12-month Virginia sentence run consecutive to his federal sentence. Thus, Lopez is currently scheduled to serve a total of 223 months in prison, a period that is 12 months longer than the judge imposed.

After a review of the history of Lopez’s case, as well as all the pertinent dates and motions, the court found that without a sentence reduction of 12 months, Lopez will be incarcerated for a term that exceeds and is directly contrary to the express order of the sentencing judge. Therefore, the court approved his motion, reducing his sentence from 211 months to 199 months. Even a bank robber can get compassion.