A youthful offender is given a second chance at life under compassionate release. 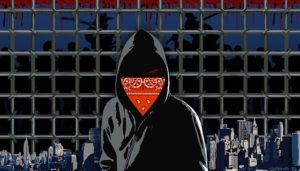 United States District Court for the Northern District of Oklahoma

1998, James Edward Hicks was sentenced to 112 years and six months in prison based on his involvement in six robberies that took place over a month-long period when Hicks was only 24 years old. Hicks filed a motion for compassionate release based on several factors.

Since Hick’s sentencing in 1998, significant reforms have been made within the criminal justice system to avoid excessively long prison sentences. Although many changes have not been deemed retroactively applicable, numerous district courts have found that the massive sentencing disparities caused by recent legislation, as well as a combination of other factors, may warrant a reduction in sentence. Additionally, Hicks recognizes the severity of his wrongdoing and has committed himself to proving his rehabilitation. During his time incarcerated, he has completed many hours of classes and programs in an array of subjects. He has been dedicated to the rehabilitation of himself and others. Hicks has an extensive inmate transcript, logging well over 6,000 hours in educational courses and apprenticeship opportunities.

Considering Hicks’s youthful offender status, personal rehabilitation in prison, coupled with his youth at the time of the offense, his lack of prior felony convictions, and his good behavior during his incarceration, the disparity of sentence between his sentence and those sentenced for similar crimes after the First Step Act, the court found extraordinary and compelling circumstances which formed the basis of their decision to grant his request for compassionate release.