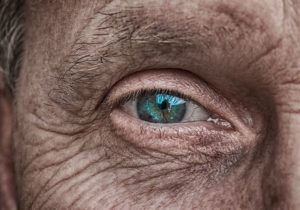 In 1995, when Jerry Layne Canty was 44 years old, he was convicted and sentenced for conspiracy to distribute cocaine and cocaine base, aiding and abetting the possession of cocaine base with intent to distribute, and the possession with intent to distribute cocaine base. Because Canty had two or more prior convictions for a felony drug offense, he was subject to a mandatory term of life imprisonment. Canty is now a 70-year-old inmate and has been incarcerated for more than 26 years. He seeks release from prison under the compassionate release statute because he is an elderly inmate in declining health and, in part, because of the Covid-19 pandemic.

Canty contracted Covid-19 in December 2020 and eventually recovered. However, he suffers from several serious health issues, including end-stage renal disease, HIV, type 2 diabetes, heart disease, hypertension, and chronic hepatitis C. Due to a hip fracture suffered in May 2020, Canty must use the assistance of a walker to get around. Canty explains that he has developed a solidified release plan, which is to reside with a family friend who has agreed to assist Canty with his medical needs.

The court notes that Canty, an aging inmate, no longer poses a danger to the public or a substantial risk of recidivating, owing to his age, maturity, and physical condition. Moreover, Canty has been in federal custody for 26 years and five months (or 317 months), dating from when he was detained on November 8, 1994. Additionally, Canty seems to have turned a corner in terms of his rehabilitation; he has incurred only a single infraction in the past 13 years. Finally, the court notes that Canty would likely not receive such a lengthy sentence were he to have committed his crimes today as sentencing guidelines have changed. With a consideration of all the contributing factors, the court granted Canty’s request for compassionate release.