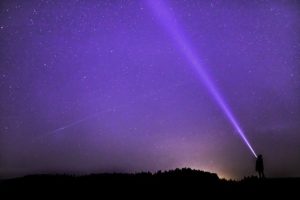 United States District Court for the District of Maryland

It’s safe to say that Willie Lawson had a difficult upbringing; he was raised by a mother who had to work several jobs and had little time to spend with him. Additionally, his family suffered a fire that destroyed their home. Nevertheless, he was able to start college focusing on music education, but then sustained three criminal convictions; one for cocaine possession, one for domestic assault, and one for firearm possession. Lawson’s trouble with the law didn’t end there.

On April 18,2003, a federal jury found Lawson guilty of one count of conspiracy to commit bank robbery, two counts of armed bank robbery, and two counts of brandishing a firearm during and in relation to a crime of violence. On July 18, 2003, the court sentenced Lawson to concurrent sentences of 60 months of imprisonment on the conspiracy count and 84 months of imprisonment on the bank robbery counts, as well as two mandatory minimum, consecutive sentences of 25 years (300 months) on the other  counts, for a total sentence of 57 years.

Lawson filed for compassionate release, citing two reasons for doing so: 1) the length of his sentences; and 2) the Covid-19 pandemic.

Lawson argued that there were extraordinary and compelling reasons for a sentence reduction because of the “enormous disparity” between his 57~year sentence and the sentence Lawson would likely receive today for the same conduct, particularly in light of the First Step Act’s provision that no longer allows the type of stacking of 25-year mandatory consecutive sentences for multiple counts that occurred in his case. Under present law, the charges against Lawson would have resulted in a sentence range of 190 to 207 months.

Lawson, who is 45 years old, has asserted that he has hypertension, a prior history of asthma, and a body mass index that classifies him as overweight, all of which are conditions that might place him at increased risk for severe illness from COVID-19. However in response to that argument, the court pointed to the availability of the COVID-19 vaccine at USP-Coleman and the present lack of cases among inmates there, ultimately finding that there were not extraordinary and compelling reasons for a sentence reduction based on the COVID-19 pandemic.

The court noted that Lawson had not been cited for any violent acts  while imprisoned and that he has had no disciplinary infractions for over five years. Lawson submitted letters of reference from correctional staff attesting to his good behavior and positive influence in the prison, and he has expressed significant remorse for his crime, explaining that the robbery spree for which he was arrested was a misguided attempt to prove his ability to provide for his family. Upon considering all of the relevant factors including his sentence length, the court concluded that a sentence of time served, which, when good conduct credits are considered, is effectively the equivalent of a 21-year sentence, was warranted. Lawson has strong support from his family, and they have pledged to assist him now that he has been released.