Covid-19 survivor gets released from prison! 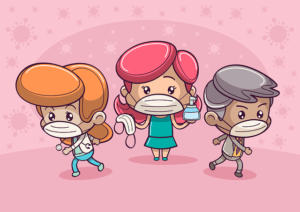 United States District Court for the Northern District of California

David Lonich is 66 years old and suffers from prostate cancer, hypertension, high cholesterol and sleep apnea. In October 2018, he was sentenced by this Court to 80 months of imprisonment and 36 months of supervised release for conspiracy to commit bank fraud and bank fraud, conspiracy to commit wire fraud and wire fraud, money laundering, false bank entries and obstruction of justice. At this point he has served approximately 41 percent of his sentence and has a projected release date of June 19, 2024. He filed a request for compassionate release based on a variety of contributing factors, including the Covid-19 pandemic.

On December 22, 2020, Lonich was diagnosed with Covid-19. Due to the uncertainty surrounding Covid-19, the court acknowledged that despite the fact that Lonich has received one dose of the Johnson and Johnson vaccine, there is no way to be certain of its efficacy or of the possibility of reinfection with the virus. Additionally, the court stated that Lonich is not a danger to the community. He has no prior criminal record and has “kept all court appearances, complied with conditions of pretrial release, and is not viewed as a flight risk or a danger to the community.” Upon release, Lonich will serve the remainder of his sentence in a home in Montgomery, Alabama that has been screened and approved by U.S. Probation. He will be under the care of his wife, who has no criminal record and owns no weapons.

Ultimately, the court granted Lonich’s (covid-19 survivor) motion for compassionate release and modified his sentence of imprisonment to time served, and imposed a term of supervised release with the special condition of home confinement for the duration of his current sentence of imprisonment (until June 19, 2024), to be followed by the term of supervised release imposed in the original sentence.