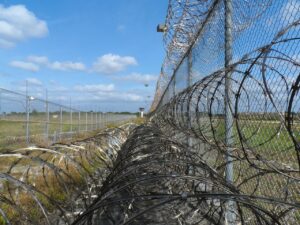 Last week, Judge Consuelo Marshall ruled that the Bureau of Prisons (BOP) must release low-risk offenders from Lompoc’s prison complex to home confinement. This decision came after the revelation that nearly 1,000 inmates have been infected by the novel coronavirus (COVID-19). The lawsuit, originally presented by the American Civil Liberties Union (ACLU) of Southern California, came in response to Lompoc’s failure to contain the virus. The ACLU cites that the outbreak is due to the facility’s failure to follow basic quarantine procedures.

A Series of Issues Covid-19 Brought to Light

The order came as four inmates lost their lives to COVID-19. And with more inmates and staff becoming infected, something had to be done. Lead attorney Naeun Rim believes that this ruling is the first step in holding the BOP and prison officials accountable. Prison officials admitted they moved exposed inmates around the prison and cut off shower access for almost two weeks. Families of inmates held protests outside Lompoc to bring attention to these conditions.

Additionally, problems the BOP has dealt with for years attributed to the crisis in Lompoc. Medical and correctional personnel have been severely understaffed. A recent report from the Office of the Inspector General stated that “Lompoc staff shortages through early April may have increased the risk of Covid-19 transmission because the complex did not always have enough staff to allow Correctional Officers to remain in one facility.” A lack of testing also contributed to the stark rise in cases at the facility.

Currently, Lompoc houses approximately 3,700 low-and-medium risk offenders. According to the ruling, the BOP must tell the court their plan for reducing the low-risk inmate population. A part of that plan includes a list of inmate names who are eligible for release. Inmates with debilitating medical conditions, like diabetes, asthma, obesity and heart disease, are at the top of the list. Inmates who are fifty or older may also find themselves qualified for compassionate release.

The Need for Compassionate Release

Initially, the BOP asked the judge to dismiss the suit, citing that ample precautions were taken. However, when nearly 70% of inmates tested positive, the judge disagreed. Marshall gave the agency until July 29th to come up with the list of eligible inmates. Until then, the BOP must take further action to combat this crisis before the death toll rises any further.

If you or a loved one believe that you are eligible for compassionate release, contact the Law Offices of Brandon Sample. Our experienced attorneys specialize in post-conviction relief and are standing by ready to help.