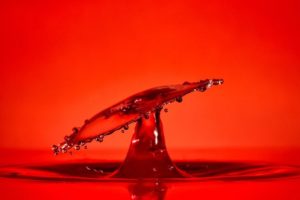 United States Court of Appeals for the Fifth Circuit

In 2010, Fred Joseph Cooper was convicted by a jury for two counts of possession with intent to distribute cocaine and cocaine base, two counts of possession of a firearm in furtherance of a drug trafficking crime, and one count of possession of a firearm by a felon. In 2011, the district court sentenced Cooper to 481 months’ imprisonment, which included 121 months’ imprisonment for the drug-possession counts and consecutive sentences of 5 years for the first firearms offense and 25 years for the second firearms offense, and a total of 8 years of supervised release.

In April 2020, Cooper filed a motion requesting compassionate release, asserting that he was at greater risk of death due to the COVID-19 pandemic because he was 49 years old and had diabetes, obesity, high blood pressure, and respiratory problems. He also pointed out that due to changes in sentencing brought about by the First Step Act, were he to be sentence today, his sentence would be less than the one he was subjected to back in 2011.

On September 4, 2020, the court denied Cooper’s compassionate release request, pointing to the fact that Cooper had served less than 50% of his sentence, and that his age range didn’t put him at increased Covid risk, noting it could not substantiate his claim of respiratory issues. As for the excessive sentence length, while the court did agree that due to changes in sentencing, if Cooper were sentenced today, he would be subjected to a significantly lower sentence (a 10-year mandatory consecutive, rather than the imposed 30-year sentence), it said that the First Step Act is not retroactive, and that it did not constitute an “extraordinary and compelling reason” for compassionate release. Ultimately, the court claimed that the Sentencing Commission had not defined thoroughly enough what constituted “compelling and extraordinary circumstances” and that therefore, it couldn’t make a decision on this case. It denied the motion, stating that Cooper could renew his motion if, “the Fifth Circuit, or the Sentencing Commission clarifies the scope of a court’s discretion and the meaning of ‘extraordinary and compelling’ reasons for a sentence reduction under the First Step Act.” Cooper appealed, arguing that the district court legally erred in declining to consider whether or not he presented an  “extraordinary and compelling reason” for a sentence reduction. As the district court confirmed, the issue was unsettled at the time the court denied Cooper’s motion. Yet, since that time, the court has resolved it in Cooper’s favor.

After consideration, and consultation of other cases, the court decided to vacate and remand, which means sending the case back to the lower court to decide the case again using its rulings as a guide, so that the district court can reassess Cooper’s motion for compassionate release. The district court (inside the fifth circuit), on remand, has the discretion to consider the amount of time Cooper has served in light of any applicable extraordinary or compelling reasons, potentially opening the door for a judgement in favor of compassionate release; time will tell.