A long stacked sentence is reduced through compassionate release 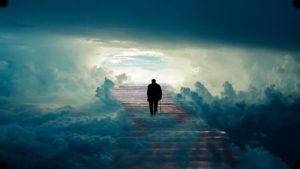 Derrick Damon Rainwater was sentenced to a total of 1,128 months in prison (later reduced to 1,117 months) for a series of armed robberies. His sentence involved what at the time was mandatory sentence stacking. In 2018 Congress enacted the First Step Act, the aim of which is to reduce recidivism, increase public safety, and address overcrowding in prisons. One element of the First Step Act is to eliminate the “stacking” provision, which stipulated that an enhanced mandatory minimum sentence could be added when a gun was used in the commission of a “second or subsequent” conviction. As is the case with Rainwater’s sentence, this “stacking” resulted in incredibly long sentences for certain offenders.

Rainwater filed a motion for sentence reduction, citing several reasons, one of which being his “stacked” sentence. While the First Step Act isn’t retroactive, many judges have reduced the stacked sentences of inmates who were sentenced prior to the First Step Act. Additionally, Rainwater pointed out that he has been very productive and consistent with acquiring various work details while incarcerated. He has proven to perform his duties at an exemplary level, displaying excellent work ethic and reliability. Additionally, he has received impressive work evaluation reports and is currently assigned as a hospital orderly on the medical housing unit. Rainwater was 23 years old at the time he committed the robberies; he is 51 today. He was in criminal history category I and had zero criminal history points at the time of sentencing.

Rainwater has bettered himself in prison through extensive educational efforts, including obtaining his GED and various professional certifications. His prison disciplinary record, which covers a period approaching three decades, is relatively clean overall.

Rainwater has been incarcerated for more than 27 years. With all of these factors in mind, the court granted his motion, reducing Rainwater’s sentence to 397 total months’ imprisonment. A sentence of 397 months (about 33 years) reflects the seriousness of Rainwater’s offenses, promotes respect for the law, provides just punishment for the offenses, affords adequate deterrence to criminal conduct, and protects the public from further crimes of the defendant but is not as extreme as the previous long stacked sentence. Furthermore, no greater sentence is required to provide Rainwater with needed educational or vocational training, medical care, or other correctional treatment as he has taken advantage of many educational and vocational training opportunities while incarcerated.