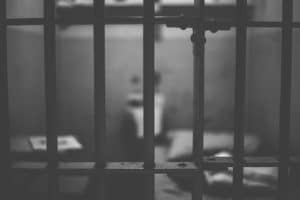 Last year, the Marshall Project and the New York Times released a report detailing the Federal Bureau of Prisons’ indifference toward the compassionate release of aging and dying prisoners. Providing prisoners with a serious opportunity for early release has been partially corrected by the recent passage of the federal First Step Act. The March 2018 report recommends that the compassionate release program be extended beyond prisoners nearing the ends of their lives. It will also be used to help reduce overcrowding and health care expenses for low-risk offenders whose incarceration is no longer practical.

Between 2013 and 2017, the report said, the BOP received 5,400 applications for compassionate release. The BOP approved only 312 of them and denied the vast majority, 94 percent. A 94-year-old prisoner was turned down and 266 prisoners who applied died in custody. Half of those who died were convicted of nonviolent fraud or drug crimes.

Anthony Bell served 15 years of a 16-year sentence when he applied for compassionate release in October 2014. Prison doctors treated him for lupus and liver failure and estimated he had less than six months to live. After spending months reviewing his application, BOP officials concluded that Bell still had more than 18 months to live and turned him down.  He died two days later. “I begged them to please get him home,” Bell’s sister, Denise Littleford, said.”And while the blood was still warm in his body, instead of sending him home in a body bag.”

The compassionate release process created a safety valve when the Parole Commission abolished parole for federal prisoners in 1984. Legislators designed it to provide a path for early release to those with “extraordinary and compelling” circumstances that did not exist at the time of sentencing. Prisoners could not apply directly to the courts before the First Step Act. Instead, the BOP would be the judge, jury and executioner, so to speak. They outlined what qualified inmates for compassionate release. And, more often than not, rejected many of the inmate’s petitions.

Rather than fulfilling its duty as a responsible filter for the courts, the BOP is a roadblock. While the law permits non-medical releases, the BOP approves prisoners who are near death or completely debilitated only. The Inspector General found in 2013 that the Bureau has not approved a single non-medical case in six years.

Kevin Zeich had less than four years to go on a 27-year sentence for selling methamphetamine. He battled cancer, was nearly blind and unable to eat. Ziech had previously applied three times for compassionate release and was rejected each time by the BOP. The reason they gave: his “life expectancy is currently indeterminate. It was only on his fourth attempt that Zeich was approved. In March of 2016, his daughter Kimberly Heraldez finally received the phone call she was waiting for – her father would soon be on a plane and heading home. Her joy was short-lived. The very next day, she received another call telling her that her father was dead.

“We brought him home,” Heraldez said, “but not the way we wanted to.” The application process for the BOPs current compassionate release program takes a very long time.

First, the warden approves the request after doctors at the facility determine the prisoner meets the criteria. The warden are responsible for sending these records to the BOPs Central Office. The BOPs Medical Director reviews the request, which may take up to six months for an answer. If the Central Office does approve the request, it then heads to the Deputy Attorney General for his decision. When that step is finally complete, the application is presented to a judge to receive a final decision.

Both sides of Congress have called for changes to the compassionate release process. In 2013, then-Attorney General Eric Holder encouraged widening the criteria for the early release of prisoners to include inmates over age 65. The BOP, at the time, supported this idea. Holder’s recommendation included parts of his “Smart on Crime” initiative to “use our limited resources to house those who pose the greatest threat.”

In a 2016 Sentencing Commission, the BOP cited public safety as its reason not to allow a “broad reduction” in the massive prison population. The Commission released new guidelines that attempted to alleviate the BOP’s bottleneck. The guidelines recommended that the BOP determine if prisoners meet the criteria for release. Requirements being whether the prisoner is old enough or sick enough or is the sole caregiver to someone on the outside. Courts, the Commission said, decide whether or not the prisoner poses a public safety issue.

In 2017, a bipartisan group of senators, led by Sen. Brian Schatz (D-HI), wrote a letter to the BOP. The letter stated a “deep concern” that the Bureau failed to carry out its duties under the compassionate release program. In a report submitted with the 2018 appropriations bill, Sen. Richard Shelby (R-AL) pressed the Bureau for details on how it was improving the process.

In February 2018, Schatz introduced legislation, co-sponsored with Sens. Mike Lee (R-UT) and Patrick Leahy (D-VT). The legislation allowed prisoners to petition the courts directly if the BOP denies or disregards their requests. This concept ultimately made it into the First Step Act and is now the law.

“It makes sense to release prisoners who present very little danger to society,” Schatz said. “It’s the humane thing to do, and it’s the fiscally responsible thing to do.”

Congress created compassionate release as a way to unburden prisons when it becomes “inequitable” to continue imprisoning select inmates. Releasing terminally ill and elderly prisoners poses little risk to public safety and provides a much-needed reduction prison healthcare costs. But compassionate release goes beyond just a relieving a financial burden. It provides inmates with the humane care that they deserve.

The First Step Act as a Solution to Early Release

With more money spent on an ever-increasing number of older inmates who require more health care, the First Step Act helps unclog the compassionate release pipeline. This eases the burden on prisoners and the families of those nearing death. Congress intended this more than 30 years ago. If you or a loved one believe that you are eligible for compassionate release, contact the Law Offices of Brandon Sample. Our experienced attorneys specialize in post-conviction relief and are standing by ready to help.