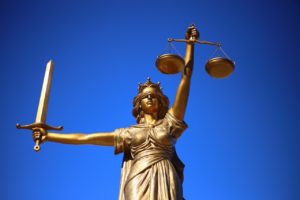 FAMM Reveals a Need for Change

A recent report done by Families Against Mandatory Minimums (FAMM) outlines the newest compassionate release guidelines released with the First Step Act. The biggest change? Taking the final decision on compassionate release away from the Bureau of Prisons (BOP) and returning it to the courts.

“Compassionate Release and the First Step Act: Then and Now,” explained that the BOP had taken advantage of the process because they had the final word in the process. Even when a prisoner has compelling reasons to be released, the BOP takes additional factors into account. Congress, however, wants these factors left to the courts. Factors like whether the prisoner “deserved” early release and if he might pose a threat to public safety.

The Issues with the Old Ways

The Sentencing Reform Act of 1984 had guided compassionate release prior to the First Step Act. The act allowed courts to consider reducing a prisoner’s sentence for compassionate reasons in limited circumstances. The BOP acted as the gatekeeper, however, and its decision was final. The problem was that the BOP would rarely pass any requests to the courts for consideration. Prisoners could not directly petition the courts themselves and, as a result, many died while still in custody.

The FAMM report shows that BOP allowed prisoners to petition the court directly (30 days after applying with the BOP). This lets the First Step Act shifts the decision-making process away from the jailer to a somewhat more neutral party. This is what Congress intended for compassionate releases in 1984.

The Guidelines for Compassionate Release

The FAMM’s report focuses on the changes made to the underlying criteria required for compassionate releases. The BOP’s previous Program Statement determined what it deemed acceptable as “extraordinary and compelling” reasons for a prisoner’s release. The shift means the courts will use guidelines established by Congress and the U.S. Sentencing Commission and not the BOP. As a result, these guidelines are less restrictive and more open to interpretation.

Some criteria remains the same, however. For example, inmates need a terminal illness diagnosis before qualifying for a compassionate release. Other factors leave room for release consideration where there was none before. According to FAMM, BOP policy requires that a prisoner is completely disabled. This typically means confined to a bed or chair with no ability to care for himself. They also must have limited ability for self-care. And confined to a bed or chair for at least half of his waking hours. The Sentencing Commission’s guidelines, on the other hand, say simply that a prisoner qualifies for release if the prisoner’s ability to care for himself in prison is substantially reduced.

Compassion for the Elderly

There is also a minor change regarding elderly prisoners. The BOP requires prisoners to be at least 65 with a chronic or serious medical condition that substantially diminishes their ability to function, and which is not expected to improve. The prisoner must have served at least half of his sentence. The Sentencing Commission Guidelines only require prisoners to have served the lesser of ten years or 75 percent of his sentence. They also must suffer from a “serious physical or mental deterioration.”

The First Step Act is significant in allowing prisoners to have their age and health considered without BOP approval.  If you or a loved one are suffering irreversible age or health issues in federal prison, the experienced attorneys at the Law Offices of Brandon Sample PLC are ready to assist you with your compassionate release petition. Contact us today to discuss how we can help in your situation.

Src: FAMM, “Compassionate Release and the First Step Act: Then and Now.”