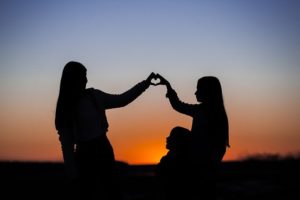 Compassionate Release is a process for federal prisoners that allows inmates to request immediate release on medical or humanitarian grounds.

However, many people are unaware of a change in the law that allows prisoners the ability to file for Compassionate Release on grounds related to their sentence length, sentence type, or sentence structure.

Do you or your loved one have a virtual life sentence for a crime that would carry a much lesser sentence today? If so, they might have grounds for extraordinary and compelling circumstances. For example, the courts have found that stacked 924 (c) cases are extraordinary and compelling, and as such, warrant a reduction in sentence, U.S. v Urkevich, 2020 LEXIS 197408 (D. Nebraska). Other examples of sentence types that may be grounds for Compassionate Release include, among other things, the use of 851 mandatory sentences for repeat drug offenders.

Another critical change in the criteria for compassionate release that the FIRST STEP Act brought is increased access to the courts. In the past, inmates had a lengthy process, which was often delayed by BOP procedures, just to be eventually denied. An inmate was forced to exhaust all administrative remedies before filing with the courts. Some inmates even passed away while awaiting a BOP response.

Now, with the passage of the FIRST STEP Act, inmates may have access to the courts within 30 days of filing their initial request to their institutional warden. Furthermore, anyone who believes they have extraordinary and compelling circumstances may request a Compassionate Release.

First, an inmate must submit an official request to the institutional Warden, asking for a Compassionate Release. The warden has (30) days to respond. This is a critical step in the process, and it is important that an inmates ‘ request be thorough and complete.

If an inmate’s request is not granted within (30) days, 18 U.S.C. subsection 3582 (c) (1) (A) allows for a motion to be filed in the court, requesting consideration for Compassionate Release.