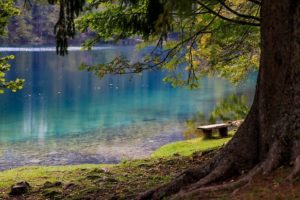 United States District Court for the District of Connecticut

On August 29,2012, a jury convicted Joseph Reyes of conspiracy to distribute and to possess with intent to distribute one kilogram or more of heroin and 280 grams or more of cocaine base; (2) conspiracy to maintain a drug-involved premise within 1,000 feet of a school and a housing facility; and (3) possession of a firearm by a convicted felon. On February 28, 2013, the Court sentenced Mr. Reyes to 300 months’ imprisonment, a sentence that landed midway between the United States Sentencing Guideline range low end of 360 months and the mandatory minimum of 240 months. Reyes had a projected release date of November 13, 2032.

Reyes filed for compassionate release on the grounds that his underlying health conditions make him at high risk for severe complications were he to contract COVID-19. Reyes is classified as obese, and has high blood pressure, hypertension stage one and hypercholesterolemia. The Government stated that it does not oppose the release of Reyes, and left the decision up to the discretion of the court.

When considering the case, the court noted not only the government’s stance on Reyes’s potential release, but also the fact that Reyes was subject to a sentencing enhancement that would no longer apply if he were sentenced today. Without that enhancement, his mandatory minimum sentence would have been 120 months. Furthermore, all of Reyes’s co-conspirators are now out of prison, suggesting that his sentence is greater than it needed to be to achieve rehabilitation. The court also noted Reyes’s willingness to accept responsibility for his crimes as evidence of his rehabilitation.

In contrast to his earlier days in prison, Reyes has remained discipline free for the past two years. He explained that his changed behavior is a result of his personal transformation and total rehabilitation. At the hearing, he commented that he previously “blamed a lot of people but [him]self for the situation,” but realized that he needed to “accept[] responsibility” and “change to become a better person not just for [him]self but for [his] family and [his] loved ones and [his] daughter.” Additional evidence of his rehabilitation can be seen in both the parenting and anger management classes Reyes has completed while incarcerated. He noted that he took these because he wanted to improve both his family relationships and be a better parent to his daughter (true rehabilitation). He even went so far as to suggest his sentence, while lengthy, was actually a gift that left him a better person and someone who will be able to contribute positively to society once released.

The court agreed that Reyes has demonstrated a true change for the better, and in light of his efforts toward that, the support of his family, the discrepancy between his sentence and that he would be given today for the same crime, as well as his risk for complications were he to contract COVID-19 led the court to grant his request and release him to begin his 10 years of supervised release.