Do you need a compassionate release attorney? 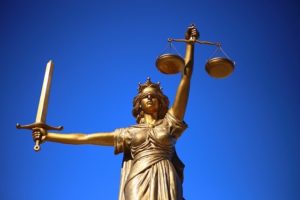 This is a question we get frequently at Brandon Sample PLC where we specialize in post-conviction federal criminal law including compassionate release motions. Many courts will accept compassionate release motions directly from the defendant in the form of a letter, so why should you shell out thousands of dollars to pay for something that you can do in 30 minutes by yourself?

It is a good questions. The need to reduce costs (particularly when you are earning less than $1 an hour in Federal Prison) is important, but we’ve all heard the phrase “you get what you pay for” and no where is that more true than in federal court filings. The court only know what you present to the court and a simple review of granted and declined compassionate release cases can show the difference between those who go it alone versus those who hire an experienced compassionate release attorney.

As an example we will use the case of Michael Emmanuel Smith that was decided today. Mr. Smith was sentenced to 144 months in October of 2014 on various charges related to armed robbery. On June 23rd, 2020 Mr. Smith sent a hand written letter to the clerk of courts that said in part “I want to be clear this is not to be taken as a pro se motion [for Compassionate Release].” The clerk of court’s received this letter and filed it under “Pro Se Motion for Compassionate Release” and thus begun Mr. Smith’s journey towards a compassionate release denial.

Over the next several months Mr. Smith went back and forth with the court. At one point, the court suggested that the federal defenders office could take the case, but apparently they decided not to, because the Mr. Smith goes it alone against the federal government in all future filings. It isn’t unusual for a defendant to believe they can win against the government (sometimes it even happens), but if you think about it logically, it is a bit like winning the PowerBall lottery… it could be you! Just it probably won’t be. The United States Government is the most powerful organization in the world, yet somehow defendants fool themselves into believing that they can beat them with pen and paper purchased at commissary.

Mr. Smith seemed to understand that he needed an attorney, but once he had mailed that letter it was already to late. At this point he should have called an attorney, but instead he continued to fight eventually filling a supplemental motion.

At this point his motion was doomed. Not because he didn’t have a good case, but because he didn’t have the proper access and knowledge to properly argue that case. The government knew this and didn’t break a sweat in batting down his request. The problem for Mr. Smith is that ‘Extraordinary and Compelling” circumstances are only part of the argument. He must also prove that he isn’t a danger to society, a point that he never addresses in his hand written letter but that any attorney would know was the critical element of gaining early release.

On April 1st, 2021 his compassionate release motion was denied. In the motion the judge found that Mr. Smith has extraordinary and compelling circumstances and should be released. However, he also found that he was a danger to society. This finding of fact makes it difficult for Mr. Smith to appeal and basically closed the door to compassionate release for the foreseeable future. Had Mr. Smith used an experienced compassionate release attorney, he would likely be going home today which might make you think is it really worth my freedom to save money?