When considering filing for compassionate release many will ask themselves “Should I hire a lawyer”? After all, these motions are fairly simple to write and submit. Plus, you can save thousands by doing the work yourself. The only question is should you? 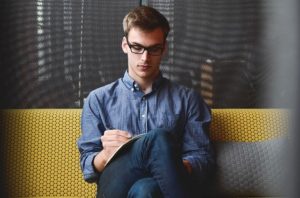 Should I Hire a Lawyer?

With all the recent changes in compassionate release laws it isn’t surprising that everyone wants to file for consideration. Thousands of inmates are busy typing away in prison law libraries making their best argument for compassionate release. With limited funds and unlimited time, the answer to “Should I Hire a Lawyer” may seem easy. However, don’t forget the old proverb that states “a man who represents himself has a fool for a client“.

The Case of Scott Faul

Take for example the case of Scott Faul, a now 67 year old man who was convicted in 1983 of engaging in a shoot-out which left two US Marshalls dead. This would be a challenging case for compassionate release under any circumstances given the nature of the crime, but the idea that Mr. Faul could win compassionate release on his own was simply foolish.

In his motion to the court, Mr Faul starts by asking the court for compassionate release because he has been diagnosed with bronchitis. Given potential complications from COVID-19, this is a good starting point. However, Mr. Faul quickly reverses his own argument when he writes “I will not insist that my bronchial condition, whatever it is, puts me at greater risk”. A competent compassionate release attorney would never have brought up a medical condition just to argue that it doesn’t really matter in the next paragraph. In this case, Mr. Faul made the government’s argument for them.

Assuming that this condition is real and presented a danger, the proper course would have been to get an unbiased third party expert to back up this opinion. In doing so, Mr. Faul would have moved his argument from opinion to fact. Facts are what matter in court, not feelings.

At this point Mr. Faul had already lost his motion, and he hadn’t even finished the first page, but it gets worse. He next goes into a rant about the past. It is not unusual for a criminal defendant to have personal opinions over past legal actions. After all, these are highly emotional life changing events. However, there is both a time and a place for these emotions to be expressed and it is never in a compassionate release motion.

Compassionate release is intended for individuals who deserve compassion. No one will have compassion for a killer who 40 years later states:

when I am released, I am going to retire to my farm near Harvey, North Dakota, to continue exactly from the same point which I was at in 1983 before I was unlawfully attacked by murderous thugs of the Ronald Reagan, William French Smith, Edwin Meese squad of terrorist. (Compassionate Release Motion of Scott Faul, Pg. 3)

While Scott Faul may be an extreme case of what not to do, the reality is that your case is no different. When asking yourself “Should I Hire a Lawyer” the answer is always “Yes”. The reality is that you are too close to the case to be objective. Courts aren’t seeking impassioned diatribes, but logical arguments. They want to release people who have taken steps to improve their lives and you are simply to close to the subject to ever be objective. 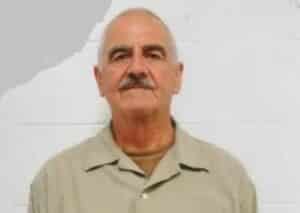