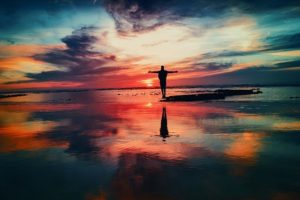 Early Release from Prison – A Path to Freedom

This is in part due to a little known change to the criteria for Federal Compassionate Release. This change allows for inmates to argue the prison rehabilitation efforts are a reason for early release from prison.

Most people understand that Compassionate Release is a process for federal prisoners. It allows inmates to request immediate release on medical or humanitarian grounds.

However, most are unaware of a change in the law that allows prisoners the ability to file for Compassionate Release on grounds related to their sentence length, sentence type, or sentence structure. The courts have found that such sentencing structures (such as the practice of 924 (c) stacking), can be grounds for extraordinary and compelling circumstances.

Consider the value and impact prison rehabilitation efforts can have on an inmates ‘ life in the long term.

Lengthy prison sentences can either be time to waste, or time to invest. Department of Justice statistics suggest the rate of recidivism as being approximately 65%. The rates actually increase to nearly 80% for offenders that fall into the highest criminal history category (Bureau of Justice Statistics 2017). Therefore, prison rehabilitation efforts may have the added benefit of reducing an offenders ‘ chance of returning to prison. After all, what good is it to receive a reduction in sentence, just to return back to a prison a short time later?

Prison rehabilitation efforts as a path to freedom are possible. The courts have already acknowledged these efforts as grounds for early release from prison. More importantly though, the amount of effort an inmate puts into their prison rehabilitation continues to pay dividends after their release. In contrast, the DOJ recidivism statistics show that the opposite is also true.

The First Step Acts Effect on Early Release from Prison

The passage of the FIRST STEP Act, allows inmates faster access to the courts. The new criteria for compassionate release allows access within 30 days of filing their initial request to their institutional warden. Furthermore, anyone who believes they have extraordinary and compelling circumstances may submit a request.

If you believe that you have extraordinary and compelling reasons for early release from prison through rehabilitation, the first step is to submit an official request to the institutional warden, asking for a Compassionate Release. The warden has (30) days to respond. This is a critical step in the process, and it is important that an inmates ‘ request be thorough and complete.

If an inmates request is not granted within (30) days, 18 U.S.C. subsection 3582 (c) (1) (A) allows for a motion to be filed in the court, requesting consideration for Compassionate Release.