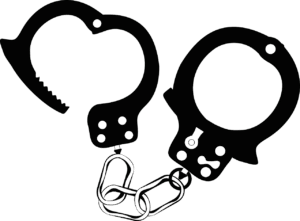 Compassionate Release: The Denial of the Dying

Massachusetts recently passed a compassionate release law that allows for the release of chronically or terminally ill inmates. But it appears that actual compassion is lacking. The first prisoner to request, who is terminally ill, has been rejected.

Alexander Phillips is 31 and serving an 18- to 20-year sentence for manslaughter. During a fight in 2006, he stabbed and killed his former friend and is up for parole in three years. Philips is terminally ill with metastatic cancer in his liver, colon, pancreas, lungs, and lymph nodes. His supporters say he can’t walk 25 feet without becoming short of breath and in need of rest. He lost 30 pounds within three months. His attorney, Ruth Greenberg, said he will not live much longer.

Correction Commissioner Thomas Turco III, in denying Phillips’ application, indicated that Phillips is not incapacitated enough. Because he can still walk to his third-floor cell and walk (in chains) to his chemotherapy treatments. Turco added, his release “would be incompatible with public safety and the welfare of society.”

Phillips’ prison record indicates otherwise. In fact, Phillips is a model prisoner. He regularly tutors other inmates and participates in every program he can. Phillip boasts a clean record too – no fights in over ten years. He also earned his bachelor’s degree from Boston University. His superintendent knows and supports his release in regards to the Massachusetts compassionate release policy.

Caring for a terminally ill cancer patient in prison as he deteriorates is costly. Phillips’ mother, Ann Burke, an oncology nurse who has worked in hospice, has offered to care for her son at home and buy private health insurance so there would be no burden on taxpayers.

At Odds with the Victims Family

Interestingly, Turco’s decision acknowledges the wishes of the victim’s family. “We’ve suffered more than I can ever tell you,” Audrey Rano, the victim’s mother, told a judge in March. “And I have a wish that he will stay where he is and suffer his sentence out.” Yvonne Abraham, a reporter at the Boston Globe, said that Rano’s emotions are understandable for someone who has suffered such a loss. However, she also said that “a justice system governed solely by victims’ wishes for vengeance and retribution is not just, or tenable.”

Greenburg agrees with Abraham. She argued that the need for Phillips to be completely incapacitated violates the Massachusetts compassionate release law’s intent. The Legislature passed the law on behalf of the people of Massachusetts, and the governor signed it. “The Department of Correction is ignoring the mandate of the people here,” Greenberg said.

The commissioner indicated that Phillips was welcome to reapply for medical release, but only when his condition deteriorates further. ”It looks like DOC just wants every [applicant]: to die before they [have to] put their stamp on a release,” Greenberg said. Even Massachusetts compassionate release laws designed to promote the release of elderly and terminally ill prisoners can be challenging. Contact the Law Offices of Brandon Sample if you want to pursue compassionate release at the federal level. Our experienced attorneys will help ensure that your compassionate release application is the best it can be.

Src: www.bostonglobe.com “At Department of C.Orrection, a Death of C.Ompassion,” by Yvonne Abraham 6/28/18